Over the past few years since tech companies introduced a series of camera apps, beautification apps have become some of the most sought-after items for smartphone users around the world, users in South Korea being no exception.

With special effects filters and colorful stickers, the advanced camera technology can make us over for the small screen, allowing us to project the image we want. But some of the features, such as skin whitening, have prompted criticism over biased beauty standards.

The debate has taken off in Korea as well, given the country’s widespread obsession with physical appearances and especially the so-called Westernized beauty standards that critics say such apps encourage.

Facebook is part of the controversy too, since the company has incorporated similar appearance-changing features in its camera messenger app. In fact, Korea is the only country outside the United States where Facebook operates a separate camera team.

From its leadership to its working-level employees, she said, Facebook is more “self-cautious” than other tech firms and takes great care to prevent its messenger app’s camera from perpetuating false notions about monolithic ideals of beauty.

“We are always making sure that we’re sensitive to how people would feel when they use an effect,” Pizarro said in an interview with The Korea Herald last week at Facebook Korea’s headquarters in Seoul.

“We ask ourselves questions on the team all the time, like, is this the right thing to put out there? Is this what users want? And then on the Facebook leadership level, not just in camera, there is a lot of efforts to talk about Facebook as a whole.”

Throughout the interview, Pizarro chose the words "selfie manipulation" over "beautifcation." Pizarro said the company has a rigorous internal policy in place to prevent the spread of stereotyped beauty standards.

Even during the initial process of developing basic designs for special filters and camera stickers, Pizzaro said, her art team has to undergo a cross-disciplinary review process involving almost every department at Facebook.

Not only do staff members responsible for Facebook policy and ethics have a say, an outside panel of experts can also weigh in on the decision-making process. That process was designed to prevent anything from hitting the market without sufficient scrutiny, Pizarro added.

“There’s definitely a lot of support and resources to think like outside of your team. So not just my team but any team reaching out to either other product teams or policy team. … And we always try to listen to the experts outside.”

Since Facebook introduced its upgraded camera messenger app in 2016, the company has developed it with advanced technology and artistic features ranging from special filters to quirky stickers that help make Facebook messenger more appealing to global users.

But the upgrading efforts carry the risk that Facebook might abuse controversial technology such as facial recognition. Concern persists that the tech giant could collect massive amounts of user data without getting informed consent.

According to Pizarro, the Facebook camera app cannot determine the identity of the specific individual shown on a small smartphone screen. By tracking faces, the app can only detect the existence of a face that can have special effects applied to it.

“We’re not tying that face to a specific person,” she said, stressing that the Facebook camera app’s augmented reality effects are only operational when they are approved by users. “The camera isn’t saying this is Gia, the camera is saying this is a face.” 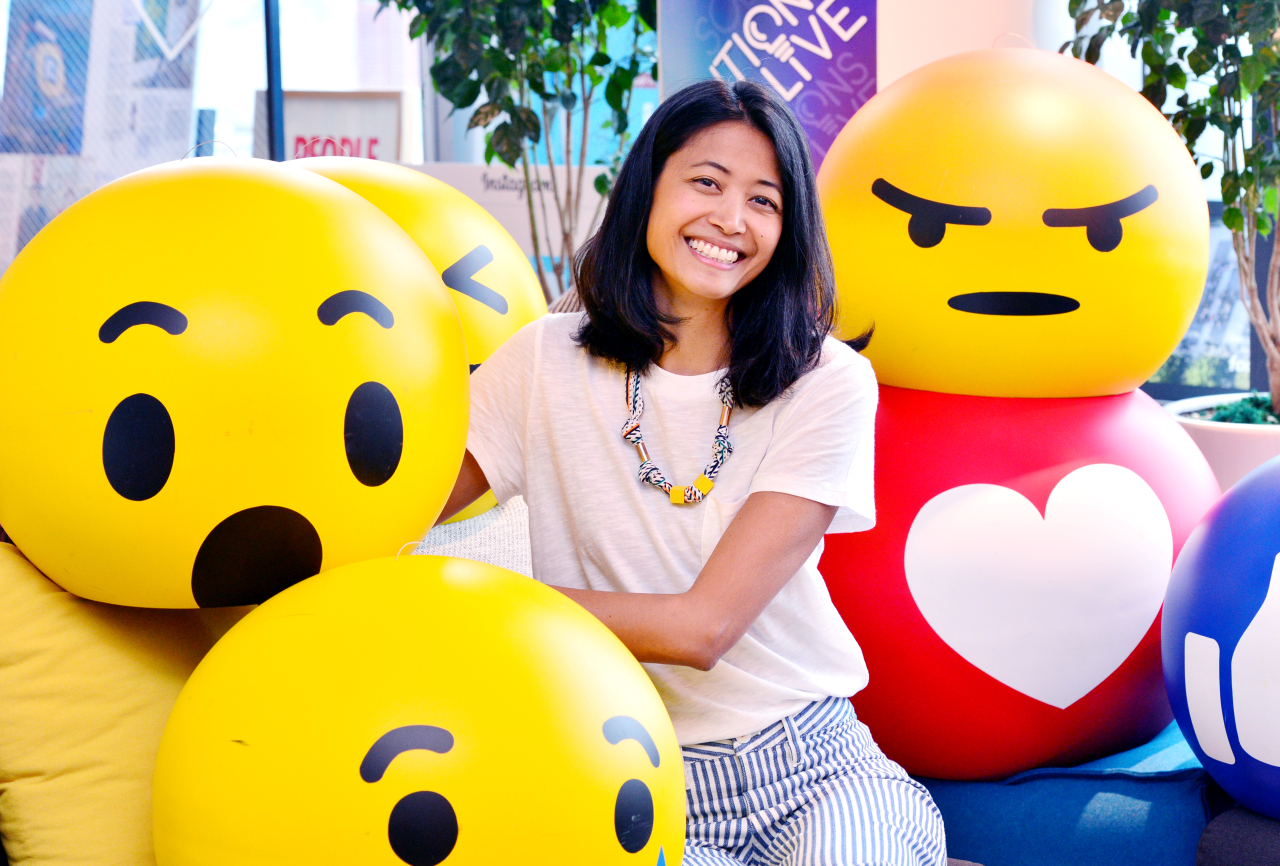 Pizarro, who came here last year, said Korea is a country that leads global trends in technology innovation. Whether it’s fashion or the entertainment business, Korea is full of creative energy that Facebook can tap into, she added.

Given that Facebook’s strength lies in spreading content to global audiences on its open-source platform, Pizarro said her company is seeking to partner with various Korean content providers such as entertainment companies.

For example, Facebook introduced new stickers to its camera messenger app last year, based on imaginary characters inspired by the K-pop idol group BTS. Pizarro said she hoped Facebook would work with Korean designers to bring their products to the Facebook platform.

“We try to find local artists, especially for stickers art, we try to find artists that are in the local area to make content that will resonate with the local users. … They’re not good Korean designers. They’re good designers. We are very excited to have that opportunity here.”