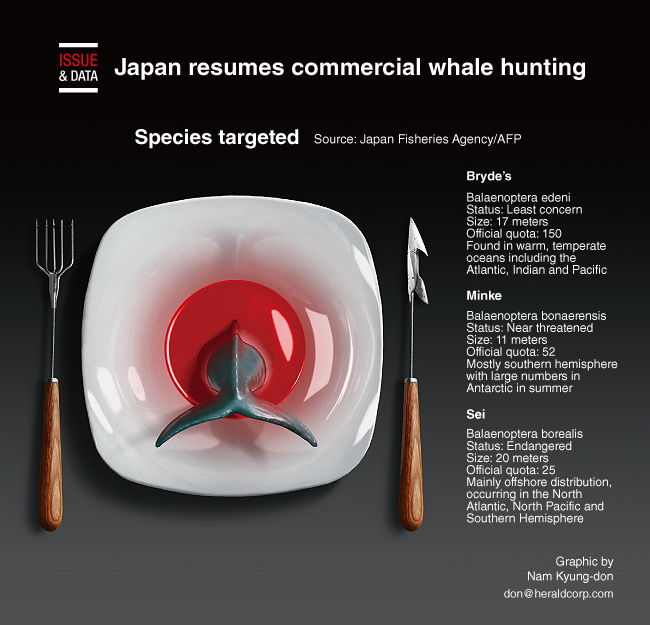 Japan began its first commercial whale hunts in more than three decades on July 1, brushing aside outrage over its resumption of a practice that conservationists say is cruel and outdated.

The hunts come after Japan decided to withdraw from the International Whaling Commission, a move slammed by activists and anti-whaling countries but welcomed by Japanese whaling communities.

The country’s Fisheries Agency said it had set a cap for a total catch of 227 whales through the season until late December -- 52 minke, 150 Bryde’s and 25 sei whales. (AP)