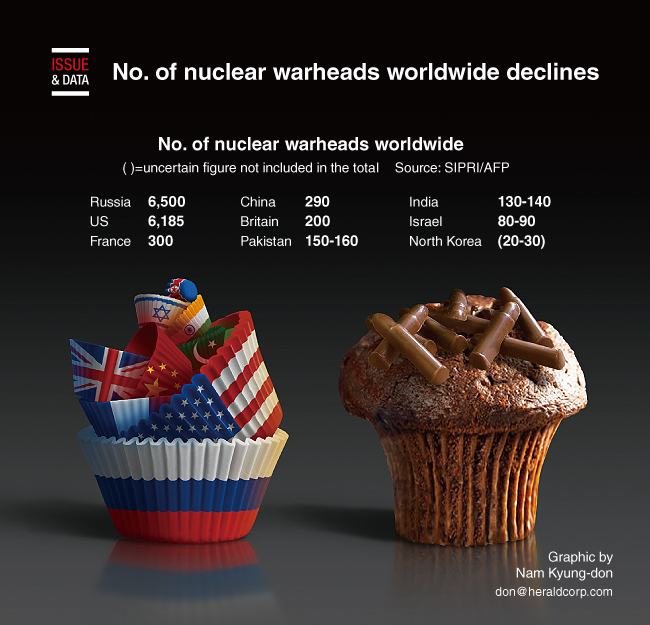 The overall number of nuclear warheads in the world has declined in the past year but nations are modernizing their arsenals, a report said.

At the start of 2019, the United States, Russia, Britain, France, China, India, Pakistan, Israel and North Korea had a total of some 13,865 nuclear weapons, according to estimates in a new report by the Stockholm International Peace Research Institute. That represents a decrease of 600 nuclear weapons compared to the start of 2018.

But at the same time all nuclear weapon-possessing countries are modernizing these arms -- and China, India and Pakistan are also increasing the size of their arsenals. (AFP)