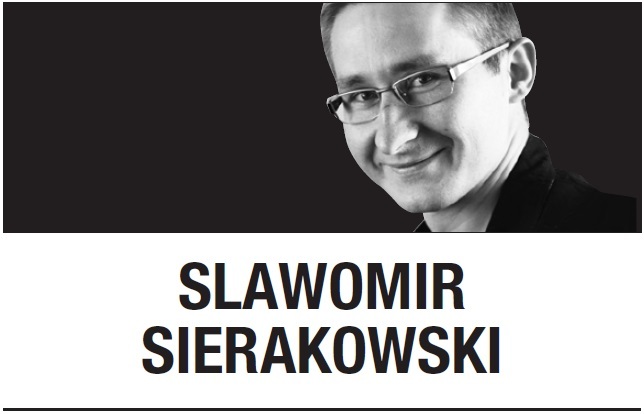 Populist rule is invariably associated with corruption, nepotism and incompetence. Why, then, do populists appear immune to scandal? Revelations that would have shocked electorates just a few years ago leave nary a mark on populist leaders and government ministers. And, sometimes, what doesn’t kill them even seems to make them stronger.

Examples are legion. When Der Spiegel reported that the far-right Alternative fur Deutschland had misappropriated funds, the party’s supporters could not have cared less. When the same publication unearthed a video of Austria’s now-former vice chancellor, Heinz-Christian Strache, negotiating a quid pro quo with a Russian interlocutor, his far-right Freedom Party lost only a couple of percentage points in the polls, and probably only temporarily. Likewise, the parties of Czech Prime Minister Andrej Babis and Hungarian Prime Minister Viktor Orban continue to dominate their countries’ politics, despite repeated corruption scandals.

But the most scandal-proof populist of all is Poland’s de facto ruler, Jaroslaw Kaczynski. Independent Polish media outlets have revealed new affairs involving Kaczynski and his Law and Justice party, known there as PiS, practically on a weekly basis -- all of them damning.

For example, Kaczynski was recently caught on tape arranging for the payment of a bribe to the partner of an Austrian businessman involved in the construction of a skyscraper project tellingly named K-Towers. And just before the European Parliament election in May, Poland was shaken by a documentary exposing pedophilia by Catholic priests, along with a massive cover-up by the church hierarchy, which has close ties to PiS. Nonetheless, the PiS government has refused to form a lay commission to investigate the matter.

Also in May, Polish journalists discovered that Prime Minister Mateusz Morawiecki purchased land from the church that has increased in value a hundredfold as a result of a planned road project, but which he has avoided disclosing by using a transmutation agreement with his wife. Citing a former colleague of Morawiecki, journalists also found that he is due to receive a multimillion-zloty payment from Santander, the bank where he worked before becoming prime minister, upon the completion of his term.

Any one of these revelations would have ended the career of a politician in any previous Polish government. But since PiS came to power in 2015, not a single government minister has resigned as a result of a scandal. On the contrary, scandals seem to have shored up the party’s base. Although polls show that 84 percent of Poles support establishing a lay commission to investigate pedophilia in the church, a significant share of the electorate still supports PiS. Most Poles believe that scandals are real, but that didn’t stop PiS from securing a substantial victory in the European Parliament, with 45.5 percent of the vote. If anything, the party has gained even more leeway to engage in malign and corrupt behavior.

The PiS government is immune to scandal for two reasons. The first is the strong economy, which has allowed it to pursue successive social programs aimed at marginalized voters. For example, just before the European Parliament election, the government disbursed an extra month’s worth of retirement benefits and issued payments to rural residents. Both groups voted overwhelmingly for PiS.

The second factor is propaganda. Because PiS constantly levies spurious, defamatory charges against the opposition and groups such as doctors, judges and striking teachers, real scandals no longer seem all that shocking or compromising. This debasement of public discourse is no accident. Kaczynski has made a conscious effort to create a media environment in which anything goes. That is why he frequently accuses European Council President Donald Tusk of conspiring with the Russians to orchestrate the plane crash that killed his brother in 2010. It is also why he traffics in conspiracy theories about German Chancellor Angela Merkel being installed by the Stasi (communist East Germany’s notorious secret police), and about refugees carrying infectious diseases.

For a politician like Kaczynski, a public sphere with no standards of truth or rules of decorum is ideal. The media and opposition can expose whatever they want; it won’t change anything. While investigative journalists compile fact after fact, receipt after receipt and publish rigorous yearlong investigations, PiS is busy poisoning public discourse through the state-run media outlets it oversees.

Owing to its unscrupulous use of targeted cash transfers and propaganda, PiS is not only immune to scandals; it benefits from them. Where everyone else sees the disclosure of ugly facts, PiS supporters see a frontal assault on their own interests. Revelations of malfeasance by the ruling party merely strengthen many working-class Poles’ resolve to defend a government that has benefited them through social transfers.

The situation might be different if PiS politicians faced the risk of criminal investigation or prosecution. But the prosecutor’s office has been fully co-opted, and will not seriously investigate the ruling party. You can hear a recording of Kaczynski bribing a businessman, but you can’t interrogate him. (The same also seems to apply to US presidents suspected of obstructing justice.) And if you are an investigative reporter who uncovers facts that are inconvenient for the government, you can expect to come under pressure to reveal your sources.

And so, Poland -- and Europe -- is left with a government that is utterly impervious to scandal, incompetence and charges of nepotism. The PiS administration is beyond reproach, not because it is a moral authority, but precisely because it is so shamelessly immoral. It may be pillaging the country, but it is sharing enough of the spoils not to have to look over its shoulder.