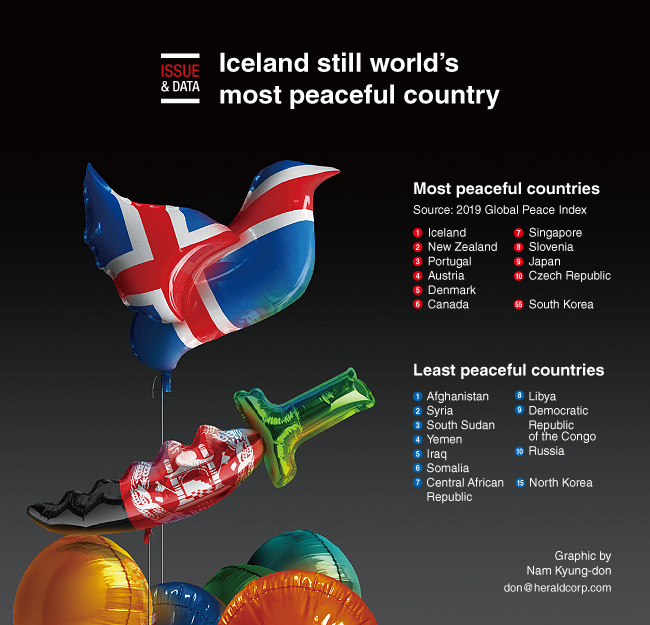 The world has become slightly safer for the first time in five years but it remains “considerably less peaceful now than a decade ago,” a think tank said.

The 2019 Global Peace Index ranked Iceland as the world’s most peaceful nation for the 11th year in succession, based on 23 factors including internal and external conflicts, military spending, terrorism and crime rates. South Korea is 55th on the list.

Afghanistan was at the bottom, followed by Syria, South Sudan, Yemen and Iraq, according to the survey published by the Institute for Economics and Peace. (DPA)