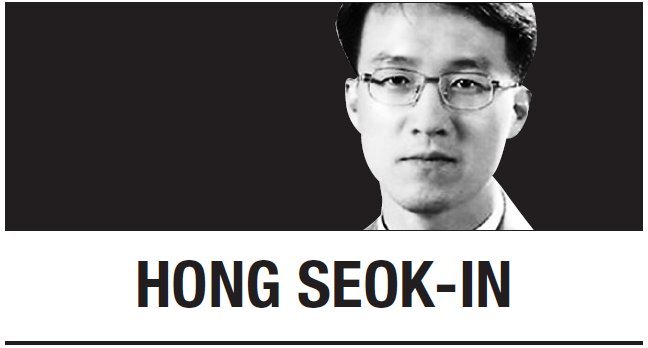 Listed among Time magazine’s 100 most influential people in 2019, Korea’s seven-member boy band BTS can count 19 music videos with more than 1 million views on YouTube and three hit songs ranked No. 1 on the Billboard 200 chart as just a few of its accomplishments.

When BTS releases a new single, fans immediately translate their lyrics into various languages. Some take it a step further, learning Korean to understand the song in its original form.

In September 2018, BTS spoke at the United Nations for the launch of Generation Unlimited, a campaign “to ensure every young person is in education, training, or employment by 2030.”

During their remarks, they quoted their latest song “Love Yourself,” encouraging young people to make sure their voices are heard. Whether intentional or not, K-pop stars like BTS are invaluable to Korea’s public diplomacy.

But Korea’s public diplomacy extends far beyond K-pop and BTS. Our accomplishments in promoting democracy, our economic transition as a recipient of official development assistance to becoming a donor country, our global image as a tech powerhouse and our cultural and historical assets with 13 UNESCO World Heritage Sites -- these accomplishments and others form the foundation and basis for Korea’s public diplomacy.

Due to the continuing divide of the Korean Peninsula, the South Korean government has mainly been concerned with security-centered diplomacy as well as our economic diplomacy. However, the government has recently increased both interest and investment in public diplomacy.

In countries around the world, public opinion has a growing influence on a government’s decision-making process, explaining the growing importance of effective public diplomacy and targeting the public.

The government is exerting its efforts to strengthen public diplomacy and heighten efficiency in order to realize our vision of creating a “Charming Korea, communicating with the world together with the public.”

Together with the Korea Foundation -- the executive arm of the Ministry of Foreign Affairs’ public diplomacy -- the MOFA operates tailored programs geared toward countries’ preferences. This includes cultural public diplomacy activities such as taekwondo competitions, K-pop competitions, and user-created content contests. We also offer knowledge-based public diplomacy programs such as language programs and resources for establishing Korean studies curriculums at academic institutions around the world, as well as policy-based programs such as seminars, forums and Korea visitations explaining our foreign policy.

Our goal is not to implant our culture or policy into the foreign public, nor do we seek to persuade others to agree with us. Rather, we hope to improve communication, because better communication achieves better understanding which will lead to peace.

Our public diplomacy also hopes to contribute to the international public good, international civic education and promotion of universal values. In this way, I believe that respect and trust in Korea will follow.

Over 15 million foreign visitors came to Korea in 2018 and there are over 2 million foreign residents in Korea. As Korea experiences more diversity, we need to be open-minded about the inevitable differences and considerate toward others so we can live together harmoniously. Narrow-minded and selfish nationalism, tension, conflict and mistrust are challenges in managing international relations. I believe that it is important to return to basics when faced with the cold reality or in the face of a crisis.

I believe it is time for all at home and abroad, the government, civil groups and the general public to pursue public diplomacy together.


Hong Seok-in
Hong Seok-in is director general for public diplomacy and cultural affairs at the Ministry of Foreign Affairs. -- Ed.