Speaking after a summit here with his Finnish counterpart, Sauli Niinisto, Moon said dialogue is underway for the continuation of talks between South and North Korea as well as North Korea and the United States.

It was unclear whether the president meant an informal contact with Pyongyang, as there have been no formal, announced negotiations with the communist nation since the breakdown of the Hanoi summit between U.S. President Donald Trump and North Korea's leader Kim Jong-un in late February. 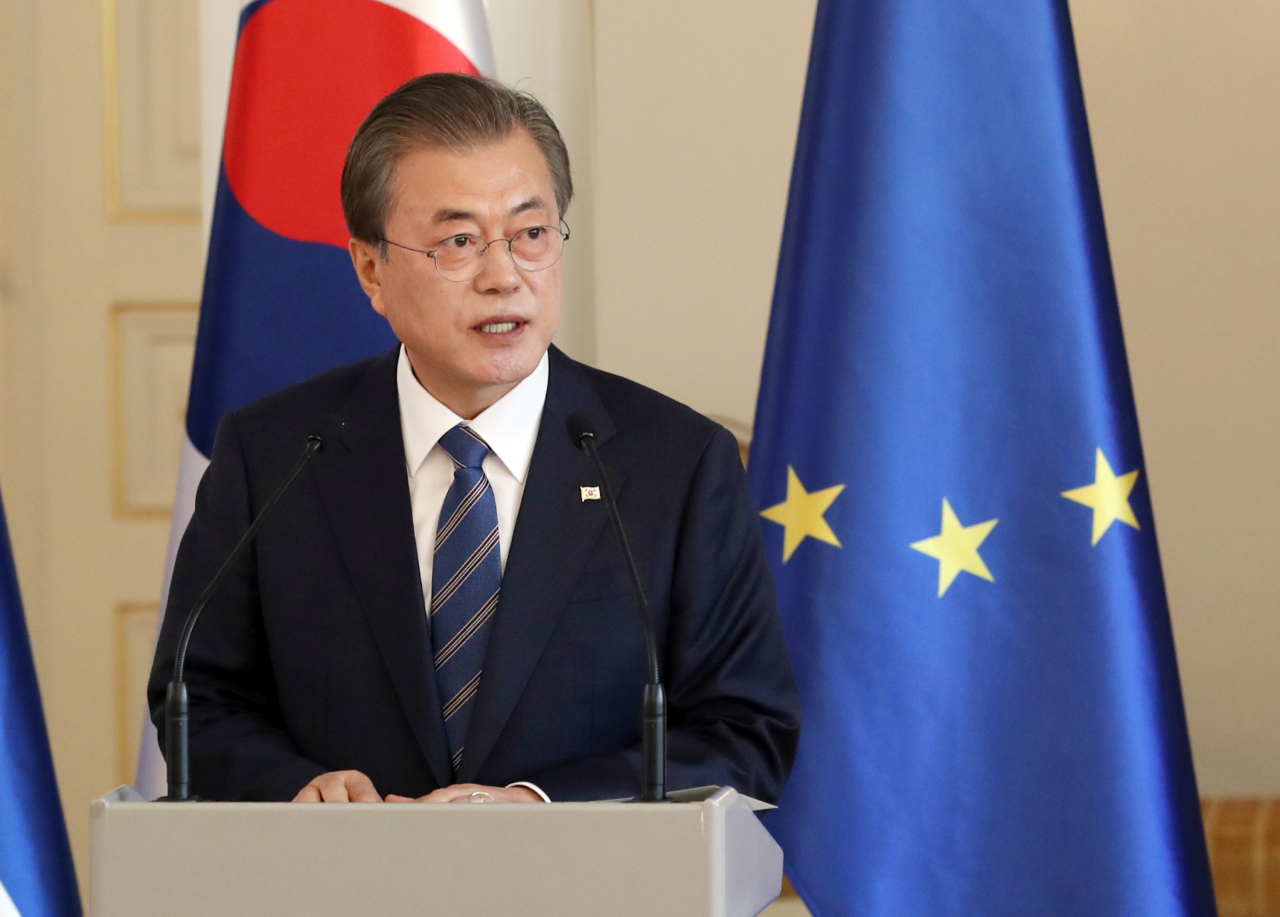 President Moon Jae-in speaks during a press conference after a summit with his Finnish counterpart in Helsinki, Finland, on Monday. (Joint Press Corps)

Reporters attending the translation-based joint press conference of Moon and Niinisto were not given a chance to ask a follow-up question on the matter, as it took more time than scheduled.

Moon pointed out that despite post-Hanoi concerns about the future of the Korea peace process, both Trump and Kim are continuously expressing their mutual trust and willingness to talk with each other.

The Finnish president said his government will provide every possible diplomatic support for the peace process, which he said is a very difficult issue.

Finland is slated to assume the rotating presidency of the European Union next month.

Moon recalled that Finland hosted a summit between the Russian and U.S. presidents last year.

"Regarding a third North Korea-U.S. summit, dialogue is underway between the two sides. So, it's not a situation where a third country's role is necessary," he said. "But (we) will request help from Finland any time if it's needed." (Yonhap)