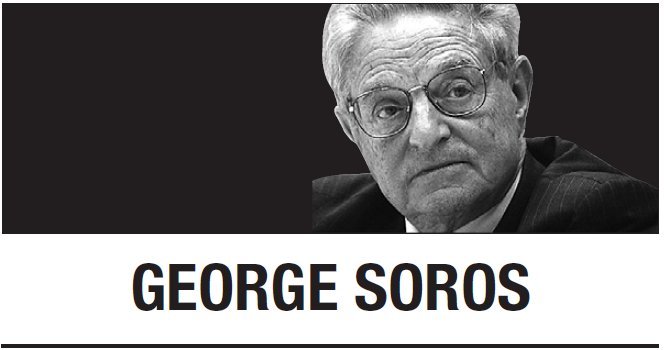 Last month’s elections to the European Parliament produced better results than one could have expected, and for a simple reason: The silent pro-European majority has spoken. What they said is that they want to preserve the values on which the European Union was founded, but that they also want radical changes in the way the EU functions. Their main concern is climate change.

This favors the pro-European parties, especially the Greens. The anti-European parties, which cannot be expected to do anything constructive, failed to make the gains that they expected. Nor can they form the united front that they would need in order to become more influential.

One of the institutions that needs to be changed is the Spitzenkandidat system. It is supposed to provide a form of indirect selection of the EU leadership. In fact, as Franklin Dehousse has explained in a brilliant but pessimistic article in the EU Observer, it is worse than no democratic selection at all. Each member state has real political parties, but their trans-European combination produces artificial constructs that serve no purpose other than to promote the personal ambitions of their leaders.

This can best be seen in the European People’s Party, which has managed to capture the presidency of the Commission since 2004. The EPP’s current leader, Manfred Weber, who has no experience in a national government, appears willing to enter into practically any compromise in order to remain in the parliamentary majority. That includes embracing Hungary’s autocratic prime minister, Viktor Orban.

Orban has posed a serious problem for Weber, because Orban has openly flouted European norms and established what amounts to a mafia state. Nearly half the national parties constituting the EPP wanted to expel Orban’s party, Fidesz. Instead of following through, however, Weber managed to convince the EPP to make a relatively easy demand on Fidesz: Allow the Central European University (which I founded) to continue functioning freely in Hungary as an American university.

Fidesz failed to comply. Even so, the EPP did not expel Fidesz, but merely suspended it so that it could be counted as part of the EPP when the president of the Commission is chosen. Orban is now trying to re-establish Fidesz as a bona fide member of the EPP. It will be interesting to see if Weber finds a way to accommodate him.

The Spitzenkandidat system is not based on an intergovernmental agreement, so it could easily be changed. It would be much better if the president of the European Commission were directly elected from a carefully selected list of qualified candidates, but that would require treaty changes. The president of the European Council could continue to be elected by a qualified majority of the member states, as the Treaty of Lisbon prescribes.

The reform that would require treaty changes is justified by the increased democratic legitimacy conferred by the European Parliamentary elections. Turnout in the recent election surpassed 50 percent, up sharply from 42.6 percent in 2014. This is the first time that turnout has increased at all since the first election in 1979, when 62 percent of eligible voters participated.

Strangely enough, on this occasion, the Spitzenkandidat system promises to produce a dream team. French President Emmanuel Macron, who is opposed to the Spitzenkandidat system as a matter of principle, is largely responsible for this development. At a dinner with Spanish Prime Minister Pedro Sanchez, the winner of Spain’s national general election, which preceded the European Parliament vote, the two leaders agreed to support two Spitzenkandidaten who would be ideal for the Commission and for the Council.

Germany is the main supporter of the Spitzenkandidat system. If Weber loses out, Germany will be pushing for Jens Weidmann, president of the Bundesbank, to become president of the European Central Bank. He would hardly be ideal. In fact, he is disqualified by the fact that he testified before Germany’s Federal Constitutional Court against the ECB in a case seeking to invalidate the bank’s so-called outright monetary transactions, a policy that was crucial to overcoming the eurozone crisis earlier this decade. I hope this fact will become more widely known.

Any other qualified candidate would be preferable to Weidmann as ECB president. As things stand now, France will not have any of the top jobs. It would be a good thing if Germany didn’t have one either, because it would leave more room for other countries.

There are many EU institutions aside from the Spitzenkandidat system that require radical reform. But that can wait until we find out whether, and to what extent, the promise held out by the parliamentary election results is realized. This is not yet the time to declare victory, relax and celebrate. There is a lot of work to be done to turn the EU into a well-functioning organization that fulfills its great potential.