Call it a graynaissance. From fashion blogging to ASMR, seniors are rallying massive followings on YouTube and Instagram with inspiring content drawn from fascinating life stories. 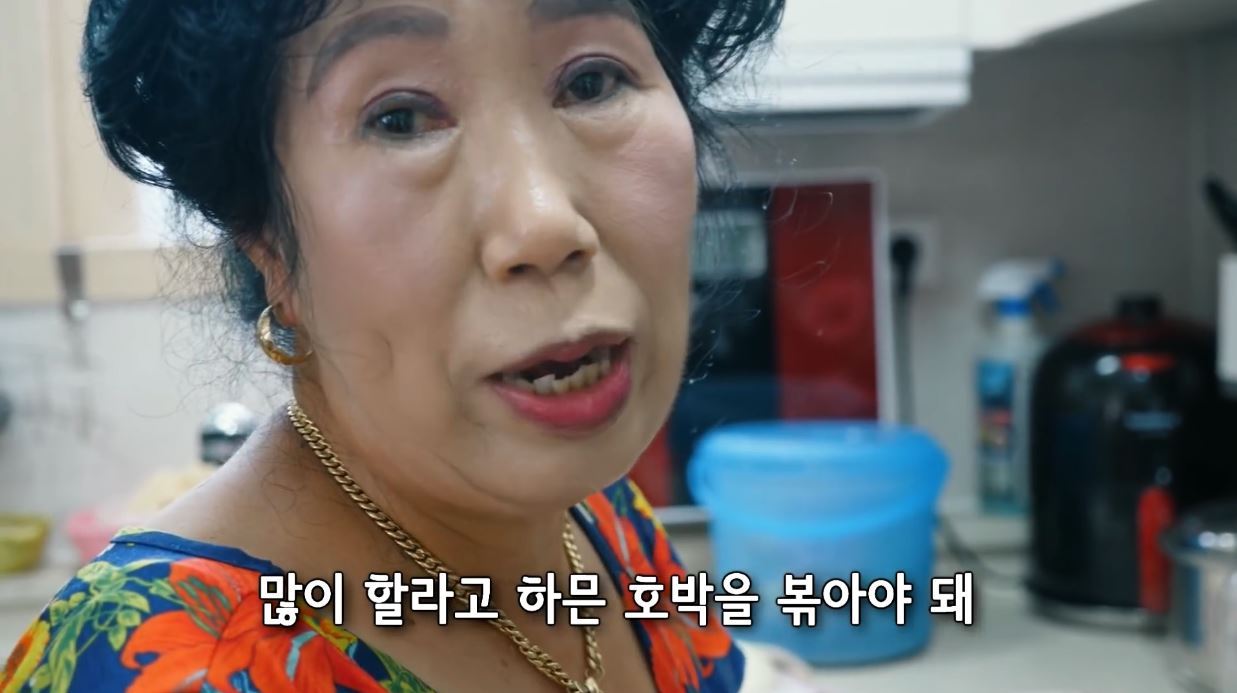 Park Mak-rye, known as the Korean Grandma on YouTube, is the biggest breakout star of the Korean graynaissance.

Born in 1947, three years before the Korean War broke out, she is the perfect embodiment of a generation that was deprived of opportunities and toiled day and night to provide its children with a better life.

After working for decades at a humble eatery from 4 a.m. till evening, in 2017 Kim was told by a doctor that she was at risk for dementia. It was a turning point in her life as well as her granddaughter’s. Kim’s granddaughter then launched the YouTube channel, the Korean Grandma, purely to make her grandmother happy.

Since then, Kim has been a YouTube sensation, engaging in the trendiest of social media activities -- filming “meokbang” (eating shows), documenting her travels, and sharing recipes and beauty routines. With a following of over 900,000, she even had one-on-one time with Google CEO Sundar Pichai and YouTube CEO Susan Wojcicki.

“Her videos are fun to watch. Also, there’s often something that touches people’s hearts. I don’t think she tries. It just comes from her life,” said Choi Hyo-jin, a 23-year-old college student.

In one of her most watched videos, she puts on makeup before a visit to a dentist.

“This is a gift from my granddaughter. She said it will make my face look smaller,” the YouTuber says, applying a face contour palette. The next minute, she jabs, “You want a smaller face? You just need to be born again.”

After 18 stages, which even involve using a match and a lighter to curl her lashes, she stops, saying, “I don’t want to overdo it. I am going to see a dentist.”

In the comment section, viewers seemed to love the contradictions. 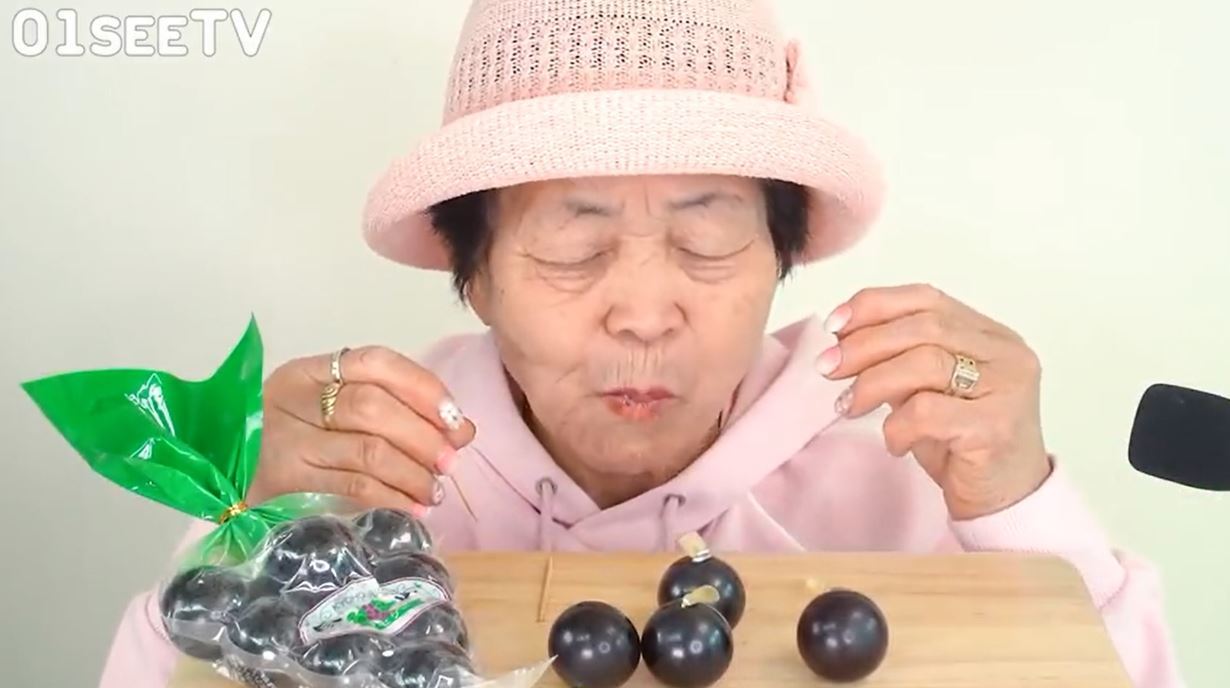 The oldest in the pack, YouTuber Kim Young-won is 81 years old and specializes in meokbang videos with ASMR sounds.

A wordless video of her eating grape-shaped jellies has racked up over 3 million views. Wearing a pink hoodie and a matching pink hat, she just says, “I will try these grapes” in the beginning and “Bye-bye” at the end. She is clumsy at first, not knowing what to do with the jelly.

“This is the cutest meokbang I’ve ever seen,” writes a viewer in the comment section.

“Now we have found the ASMR grandma,” another comment reads.

Living in a rural village in Yongin, Gyeonggi Province, Kim first started the eating show in February 2017. Her granddaughter is the one who films it and uploads it to YouTube.

Kim has since tried a variety of foods in nearly 100 videos, from king crab to strange-looking jellies. Her show, “01seeTV Grandma Meokbang,” now has over 300,000 followers and 22 million views. 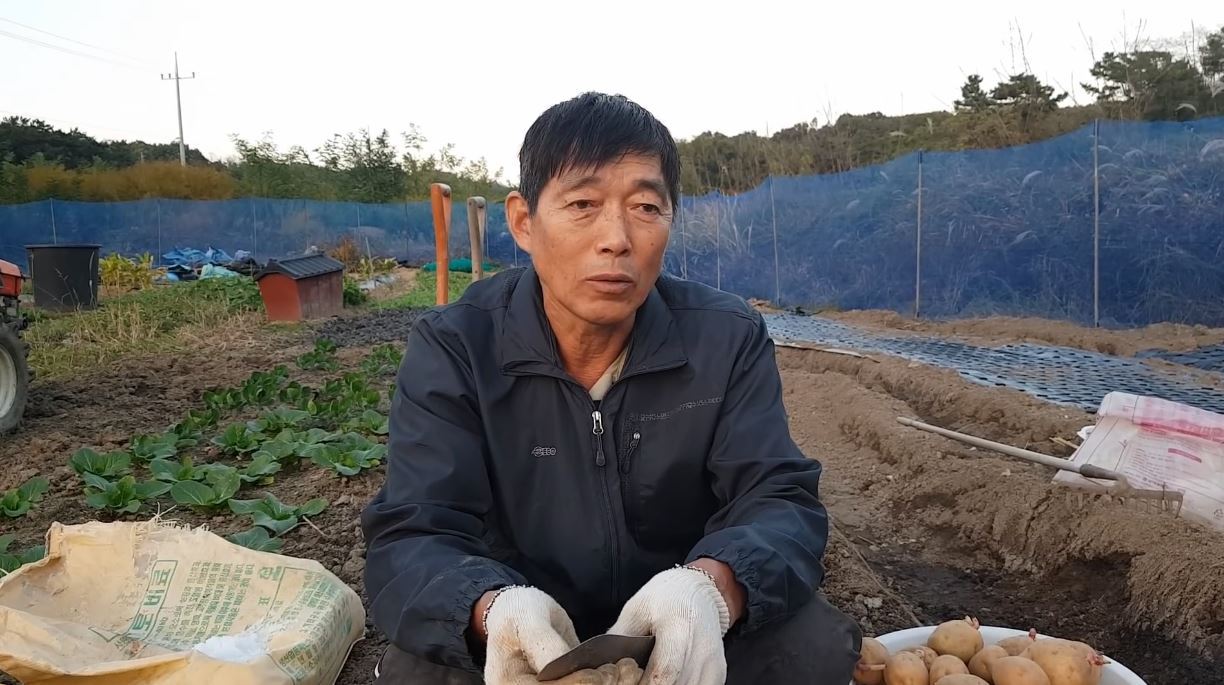 Having been a farmer all his life, An Sang-deok started sharing what he knew about crops on YouTube in May last year. He would choose the day’s topic and explain the best way to grow a particular crop, drawing on his extensive experience in Cheonan, South Chungcheong Province.

His wife films him with her mobile phone, and some of his videos are as long as 30 minutes. There is no editing, nor does he add subtitles or background music. It is just him talking.

In September, a tutorial on moles hit the jackpot.

“While I was checking on the sweet potatoes I planted in April, I caught a mole. Today I want to show you what moles look like and talk about what moles can do to your crops,” An says in the video, which shows only a mole burrowing into some dirt inside a plastic bucket.

For the next eight minutes, An tells viewers what he knows about moles, how to catch them and how to keep them away. The clip received an explosive response and has garnered 4.3 million views so far.

“This guy could write a thesis on moles,” a commenter wrote.

“I am surprised at myself, falling for a mole. But look at the views!” wrote another commenter.

Now, with over 500 videos, An has some 151,000 followers. In one interview he said he was thankful to the mole, which by the way he said he had set free on a nearby mountain.

On Instagram, grandfather figures are the new icons of fashion: They are Kim Chil-doo, 63, Yeo Young-ki, 65, and Kim Suk-jae, 63.

With his stunning long, gray hair and mustache, Kim Chil-doo is now one of the most sought-after models in the fashion scene. Since his runway debut at last year’s Seoul Fashion Week, he has signed a number of modeling deals, including some for telecom and beer commercials. He started using Instagram in March last year and has over 700,000 followers.

Yeo is often compared to the 58-year-old American style guru Nick Wooster. A veteran tailor himself, Yeo knows how to wear suits. His Instagram page has nearly 530,000 followers and over 1,500 posts full of style tips. He has now branched out to YouTube.

Relatively new to the scene, Kim Suk-jae started using Instagram in October 2018 by posting a photo of himself in front of his old hanok residence. The message said: “Hi. Instagram friends. Start today.”

That casual introduction -- followed by a series of impressive street style photos -- had attracted nearly 443,000 followers as of Friday. His Instagram page says, “Starting life anew at age 62,” and informs followers that he has also started a YouTube channel.