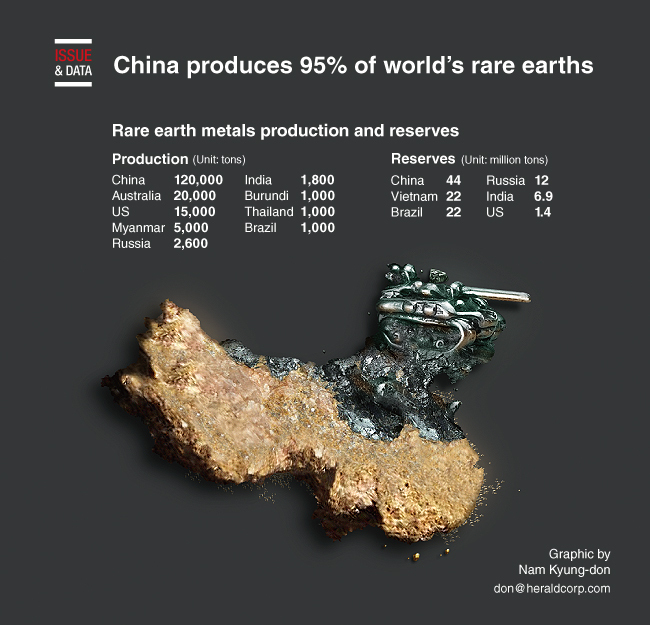 China produces more than 95 percent of the world’s rare earths, and the US relies on China for more than 80 percent of its imports.