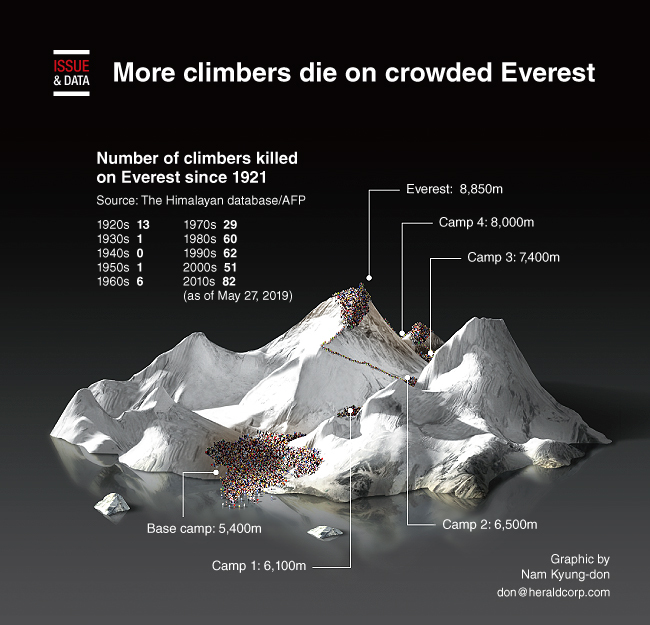 A traffic jam of climbers in Everest’s “death zone” was blamed for two of four new deaths reported Friday, heightening concerns that the drive for profits is trumping safety on the world’s highest peak.

Nepal has issued a record 381 permits costing $11,000 each for the current spring climbing season, bringing in much-needed money for the Himalayan country.

At least four of the deaths this season - the deadliest since 2015, when massive earthquakes triggered avalanches that swept away climbers’ camps - have been blamed on the delays.