[Graphic News] Number of insect-related companies on rise in Korea 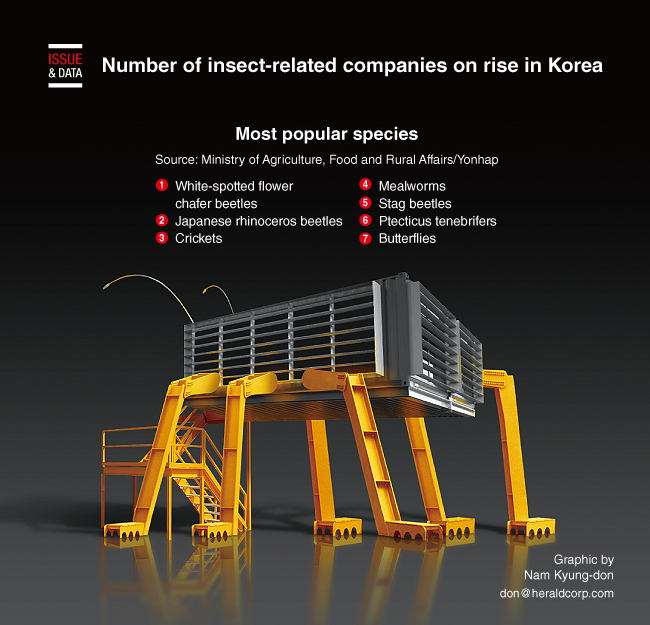 The number of South Korean companies raising or processing insects for foodstuffs, pets and other purposes grew threefold in 2018 from three years earlier.

According to data compiled by the Ministry of Agriculture, Food and Rural Affairs, the number of such companies here came to 2,318 as of last year, up from 726 in 2015.

The figure increased sharply on-year in 2016 and 2017, after the government officially recognized seven species of insects as food ingredients. The number edged up 8.3 percent on-year in 2018.

White-spotted flower chafer beetles were the most popular species, with 1,305 firms raising them for food production in 2018. This was followed by Japanese rhinoceros beetles, which were reared for pets by 425 companies.