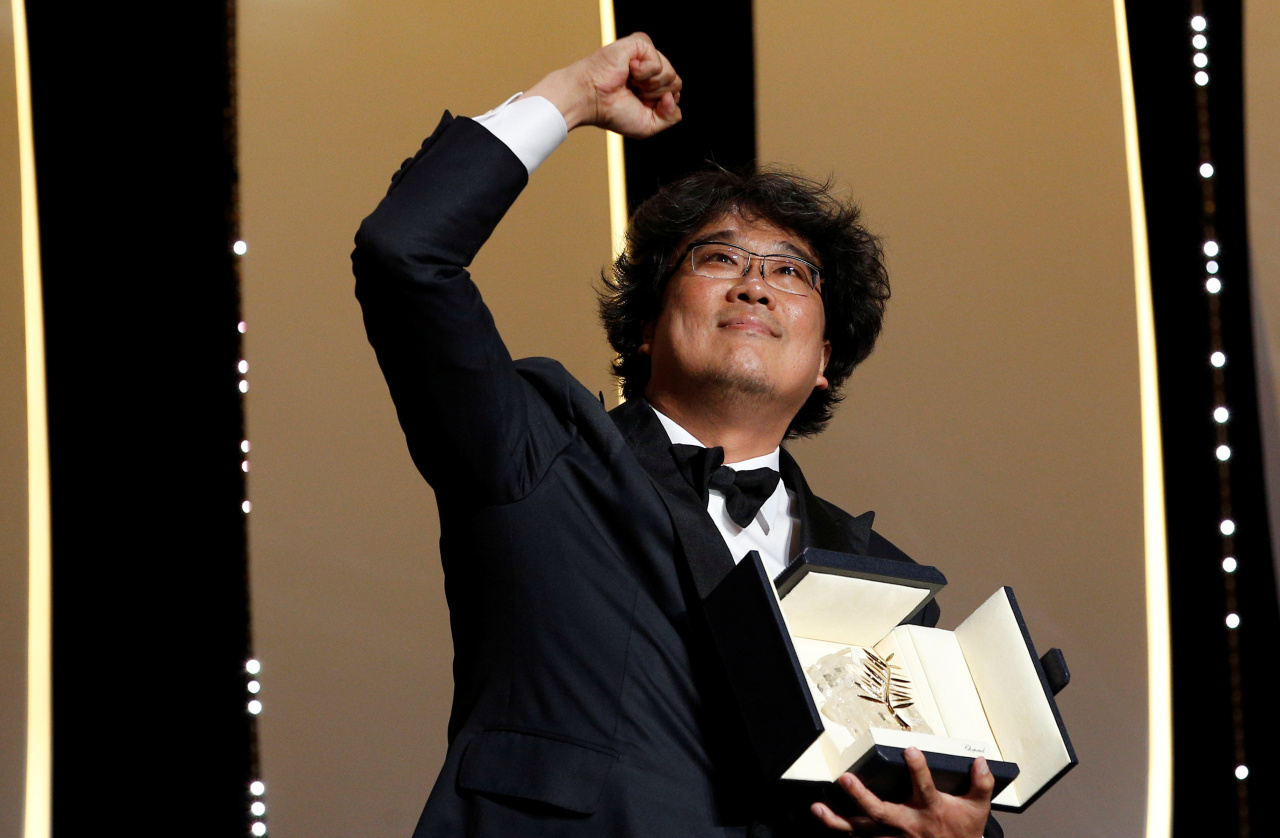 [2] According to the jury president Alejandro Inarritu, the nine-person jury had made the decision based on a unanimous vote.

[3] “Parasite” is described as a black comedy about an unexpected series of events when a poor family of hustlers encounter a wealthy one. It stars Lee Sun-kyun, Cho Yeo-jeong, Choi Woo-shik and Park So-dam, and Song Kang-ho.

[4] The 49-year-old Korean is known for transcending traditional genres, and has been dubbed “Bong-tail (mix of Bong and details) by some fans for adding minute details in his films to satirize social issues.

[5] The genre-mixing film is slated to open in Korean theaters on May 30.

[6] “Parasite” is the second film by Bong to be invited to compete in the festival, the first one being “Okja” in 2017. His victory also marks a second consecutive year that the Palme d’Or went to an Asian director, with Japanese filmmaker Hirokazu Kore-eda’s “Shoplifters” winning top honors last year.

[2] A committee comprising 88 organizations, including the labor union of Korea’s biggest game company Nexon, opposed the decision saying it would “deprive a child’s right to play,” as decreed in Article 31 of the United Nation’s Convention on Rights of the Child.

[3] It added that gaming was the right of teenagers, but the WHO decision to officially designate it as a disease gave teenagers a sense of guilt when playing video games.

[4] On Saturday, members of WHO unanimously voted for the adoption of the 11th revision to the International Classification of Disease, or ICD-11, at the 72nd World Health Assembly held May 20 through 28 in Geneva, Switzerland.

[5] The new guidelines will go into effect from January 2022, by which the WHO member nations will need to have devised measures to treat and prevent gaming disorder.