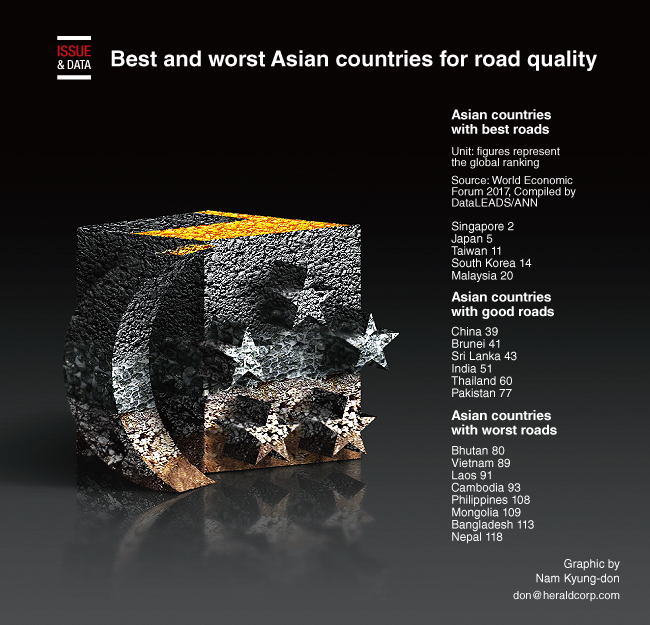 Singapore has the best road infrastructure alongside Japan, Taiwan and South Korea, according to the opinion survey by World Economic Forum.

Road infrastructure is a marker of a country’s development and is significant for safety and satisfaction of the citizens.

Singapore is ranked at the top in Asia and second globally in terms of road infrastructure in the country. It is followed by Japan and Taiwan which have equally well maintained roads ranked No. 5 and No. 11 respectively. South Korea and Malaysia ranked 14th and 20th respectively also figure in the countries with best roads in Asia. (ANN)