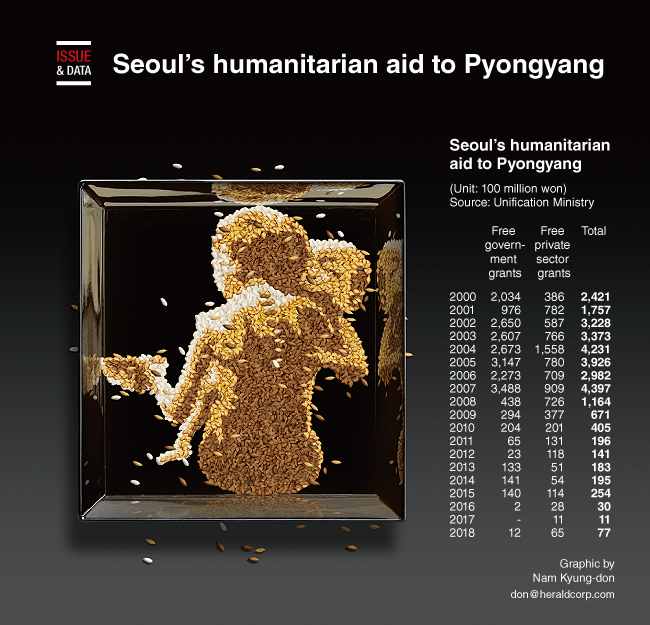 The Moon Jae-in administration announced that it will soon initiate the procedure for providing food aid to North Korea. The South Korean government has not sent any direct humanitarian aid to the impoverished country since 2010.

According to the Unification Ministry’s data, the total amount of assistance provided to the North by the South Korean government stands at around 2.4 trillion won ($2.03 billion) since the Kim Young-sam administration offered 150,000 metric tons of rice in 1995. The amount includes assistance provided through UN agencies and other civil relief organizations.

Vigorous support was provide between 1999 and 2007 when the two successive liberal administrations of Kim Dae-jung and Roh Moo-hyun implemented an engagement policy toward North Korea.