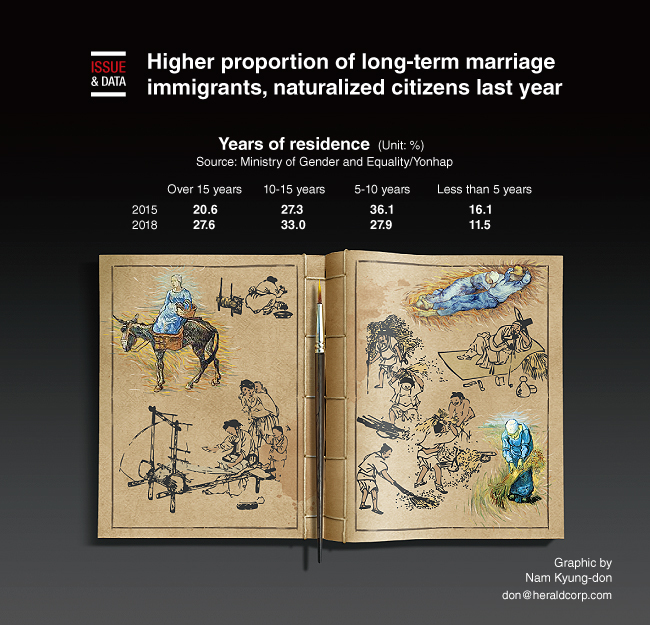 The proportion of marriage immigrants and naturalized citizens who have lived in South Korea for more than 10 years rose last year from three years earlier, a survey showed.

According to the poll conducted by the Ministry of Gender and Equality, there were 306,995 multicultural households in Korea last year. Among them, 85.7 percent consisted of at least one immigrant parent and the remaining 14.3 percent had a naturalized Korean.