Kono, originally a maker of watches and jewelry, is now expanding into IoT-based products, and the new LED stick is designed to reflect a user’s lifestyle, responding to sound sources at concert venues or hiking conditions to prevent accidents. 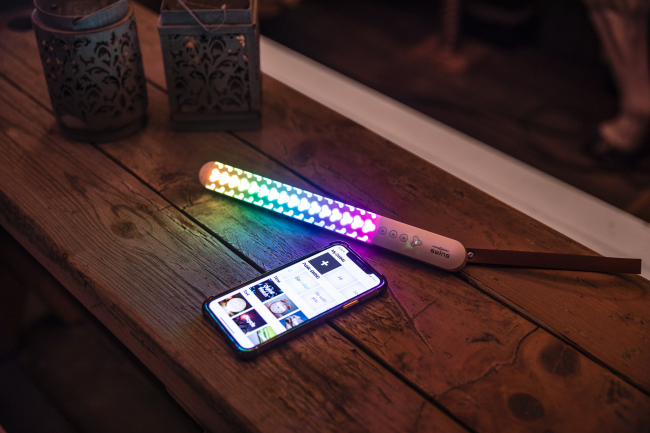 The product, which will be released under the brand Mangosteen Swing, requires the user to type in a phrase or color into a smart phone app, after which the user need only to shake the stick side to side or rotate it around. Through the resulting afterimage, the previously entered letters or images are displayed in midair.

The stick -- approximately 30cm long and installed with 16 LED lights -- can not only display messages via afterimage but also carry out various other functions, including as a light source while camping, mood light, light bar, or even as a level.

“We wanted to literally create a ‘new wave’ at K-pop concerts by making a communication device that enables the artist on the stage to interact in a creative and impromptu manner with the audience,” CEO Kim Ko-no said. “The smart LED stick will also be useful in everyday settings through its diverse functions related to leisure and safety.”