[David Fickling] We should let China spy on us 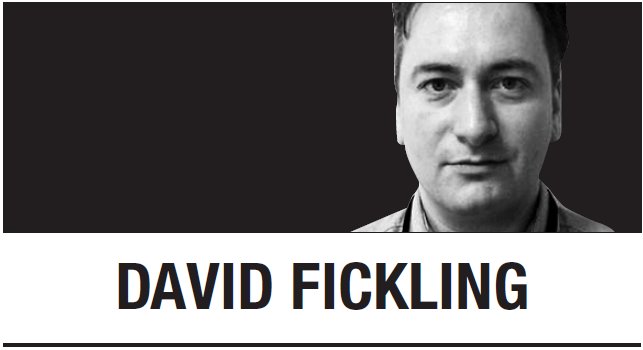 Even as the US and China seem headed toward a truce on trade, their rivalry is heating up in other areas.

The threat of espionage taking place under the cover of routine activities appears to be a particular concern. As many as 30 Chinese academics and policy experts have had their US visas canceled or reviewed in the past year, the New York Times reported recently. The relatively open approach adopted toward Chinese businesspeople and academics may now be ending.

That’s a mistake -- not because China isn’t trying to spy on the US, but precisely because it is.

The idea that spies would never operate under the cover of academic work is naive. The use of overseas Chinese student associations to engage in influence operations (principally targeting Chinese students themselves) is well-documented. And realistically, no mainland academic or business executive could refuse to cooperate with Communist Party leaders if asked.

At the same time, it’s important to remember a few things. First, almost every country on the planet employs covert agents. Inevitably, some Chinese citizens in foreign countries will be spies -- and likely more in the US, China’s most important rival, than anywhere else.

Despite this, the information most of these people will be able to glean will be of marginal value, because the cloak-and-dagger activity we normally associate with spying is a relatively minor part of espionage work. As far back as 1947, US Director of Central Intelligence Allen Dulles told Congress that more than 80 percent of the agency’s information came from what’s now called OSINT -- open-source intelligence from published documents such as newspapers, trade journals, academic studies, books, government papers and corporate investor materials.

Mass migration, tourism and the spread of camera phones, social media, and aerial mapping mean the sheer volume of public information has increased exponentially, with some more recent estimates putting it as high as 95 percent of data. Intelligence officials in Beijing can access this material more easily from a web search than from overseas agents.

Next to that firehose, the HUMINT, or human intelligence that’s most likely to be collected by actual spies, is better thought of as missing pieces of the puzzle -- useful if you want to see the overall picture, but often worthless on its own. Much HUMINT amounts to little more than the unconfirmed, secondhand scuttlebutt a well-sourced journalist usually has gathering dust in her notebooks, picked up from credentialed diplomats and attaches at parties, conferences or West London wine bars.

Even the more clandestine variety of HUMINT -- involving the cultivation of intelligence assets via relationships, payments, blackmail and threats -- is normally only useful if collected from the sorts of high-ranking officials who are trained to be careful about their contacts with foreign visitors.

And, of course, the richest information is often to be gleaned from SIGINT (eavesdropping and other electronic information) and cyberwarfare activities such as the 2015 hack of a database containing background data on nearly 22 million US government employees, reportedly linked to China. Next to such hauls, the sort of HUMINT to which a Chinese social sciences professor would be privy seems almost quaint.

There’s an even more important point, though. Foreign spies aren’t always an unalloyed threat to a country’s national security. In many cases, they can strengthen it.

The Nazi invasion of the Soviet Union, perhaps the largest and most brutal conflict in human history, largely resulted from failures in the collection and use of intelligence. Stalin dismissed numerous warnings of the coming blitzkrieg, possibly on the basis of personal assurances from Hitler. Berlin, for its part, vastly underestimated the Soviet Union’s determination to resist invasion and the ability of its armaments industry to rebound from the initial destruction. As President Dwight Eisenhower argued after a US spy plane was shot down over the Soviet Union in 1960, the information collected from espionage was one of the key factors that prevented the Cold War from evolving into a full-blown conflict.

Governments that have detailed knowledge of other countries’ motivations and capabilities are likely to be much more circumspect about the sort of rash actions that can lead to war. That’s one reason why North Korea’s opaque regime can seem so alarming, whereas German-US relations survived revelations of Washington eavesdropping on Chancellor Angela Merkel’s cell phone more or less unscathed. In this sense, espionage is just a more shadowy version of the nuclear inspections, Open Skies agreements and joint military drills that routinely build confidence between rival powers.

The fact that the US and China are strategic competitors shouldn’t cause Washington to overreact to China’s attempts to improve its covert knowledge. There’s certainly good reason to strengthen counterintelligence activity and even attempt to turn some double agents (hopefully with more care than was applied in the case of Katrina Leung). But that shouldn’t change the fact that open societies ought to be rather relaxed about the fact they leak information through their pores.

The question of whether Chinese traveling back and forth are allies or not shouldn’t worry Washington so much. China’s leadership is isolated and suspicious enough as it is. The US shouldn’t want to add to that insularity. What it needs in Beijing aren’t friends, so much as clear-eyed rivals.