Earnings at the biggest US bank by assets were $9.2 billion, up 5.4 percent from the year-ago period. 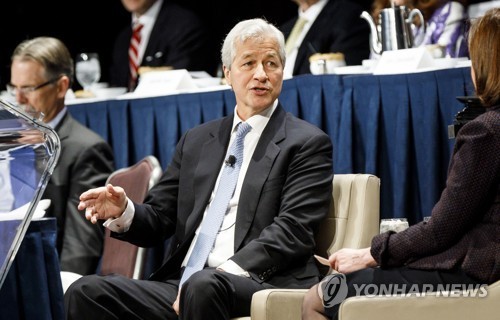 A strong performance in the consumer and community banking division -- the biggest segment by revenues -- was the driver of higher earnings compared to the 2018 quarter.

A key factor was increased net interest income, which measures the bank's ability to make money through its mix of lending products and paying interest on deposits.

JPMorgan also scored higher revenues from its credit card and auto leases, making up for a drop in home lending revenue.

The strong performance in these areas will help allay fears the US economy could soon tip into recession.

The company's press release included positive commentary on the US economy, although the bank did boost its provisions for credit losses following downgrades on some commercial and industrial clients.

Profits fell in JPMorgan's second-largest business unit, corporate and investment banking, reflecting lower trading revenues. Still, the declines were not as steep as some analysts feared.

"In the first quarter of 2019, we had record revenue and net income," said Chief Executive Jamie Dimon.

"Even amid some global geopolitical uncertainty, the US economy continues to grow, employment and wages are going up, inflation is moderate, financial markets are healthy and consumer and business confidence remains strong."