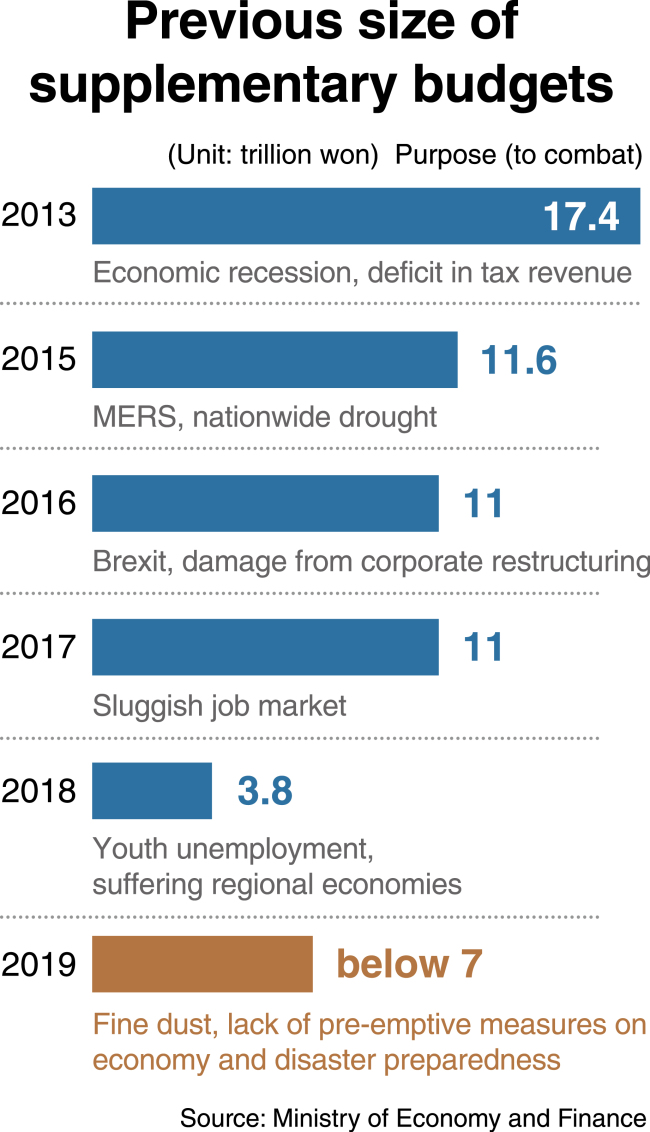 The size of the budget “would not exceed 7 trillion won,” he explained, though the exact figure has yet to be confirmed.

The government is expected to submit an extra budget bill to the National Assembly this month.

On top of the stagnant global economy, the domestic issues include coping with fine dust air pollution, alongside bolstering the nation’s workforce to deal with natural disasters such as wildfires.

The International Monetary Fund has recommended Korea to allocate extra budget of some 9 trillion won to bolster its sluggish economy.