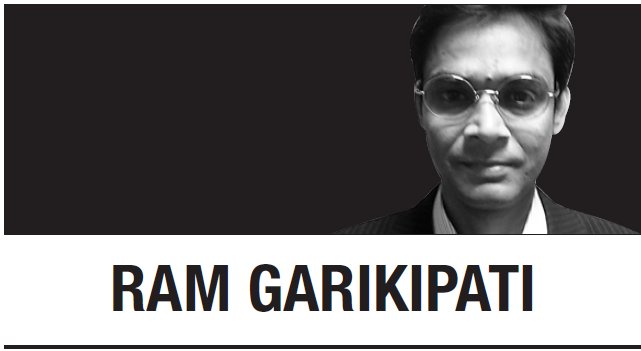 The next-generation wireless network technology 5G is in the limelight as South Korea is poised to beat the United States as the first to cross the finish line.

Tech giant Samsung Electronics has said it will launch its Galaxy S10 5G device in collaboration with the nation’s largest telecom operator SK Telecom on Friday, beating US telco Verizon, which is scheduled to launch its fifth-generation services across the country on April 11.

But how exactly will 5G telecom services benefit consumers? Why this rush to be the world’s first?

It will make no material difference if services are below par, and going by the palli-palli (fast-fast) Korean culture, I am sure many Samsung and SKT executives are trembling to launch services by the given deadline. Remember the Galaxy Note 7 fire fiasco when they did not look before they leaped?

According to a recent report by MarketWatch, the 5G penetration rate in Korea will be 5 percent by 2020, and subscribers will increase from 30 percent in 2020 to 90 percent in 2026.

“The 5G hype across the world has led Korea to invest $1.7 billion to roll out 5G wireless services that would enable users to download a full movie within a second. This would enable the related industries to upsell new 5G related devices and infrastructure equipment, and earn revenue worth $350 million by 2026. This will help in the expansion of the telecom infrastructure equipment industry,” the report noted.

However, the region faces growth challenges, such as regulatory pressures. For instance, the Korean government is forcing SKT, the dominant mobile carrier, to lower the rates that it is proposing to recoup its investments.

Another report by the International Telecommunication Union noted that expectations of 5G are high, with many assuming it will deliver a “transformative promised land.”

“As long as the investment case for 5G remains uncertain, industry and policymakers should remain cautious and should consider enhancing the availability and quality of existing 4G networks in the run up to 5G,” said the report.

But the Korean telcos and government want to be the first to launch 5G services -- an obvious case of ego issues.

I will be the first to applaud if Korea -- my home since 2004 -- gets that distinction but caution is needed.

Do consumers really need this hyped-up costly service now, without adequate field tests and knowing how they will really benefit? The current Long Term Evolution 4G services are very comfortable.

The 5G services won’t be available in every country at the same time. Estimates say that by 2023, up to 32 percent of North American mobile connections will be on a 5G network. Central American countries will most likely see a slow 5G rollout. Asia is far behind.

Korea’s push to be the world’s first is understandable in this context. But I personally think it is taking the palli-palli culture to the next level.

There is no need to commercialize a next-generation service and fool consumers to pay for something that will bring no immediate material benefits. It may actually benefit customers one year down the road -- not now.

To understand the logic behind their rush, I tried contacting the three telcos in Korea -- KT, SKT and LG Uplus -- which operate mobile services here.

KT, which tested its 5G services during the 2018 PyeongChang Winter Olympics, responded.

The firm, which has massive telecom infrastructure here that actually made Korea an ICT powerhouse before it was overtaken by SKT, has invested heavily to build the next-generation network that will allow customers to experience faster and more secure services.

“We are preparing B2C (business-to-consumer) 5G plans and services to deliver the maximum benefits of 5G to the general public. KT plans to introduce specialized apps and connected devices (neckband cameras and GiGA Live TV, etc.) with the launch of the full-scale 5G commercialization,” a spokesperson noted.

KT is especially focusing on what people enjoy the most with their mobile phones, such as making calls, playing games and watching videos, so that they can better experience what true 5G is.

“We are also developing various use cases in the B2B (business-to-business) areas, such as smart factories, smart cities and connected cars, by utilizing 5G’s ultra-low latency and massive connectivity,” he noted.

KT believes that it can pursue a good balance between providing world-class 5G services and making sustainable investments by optimizing the deployment of its 5G network and cooperating with global partners to develop and upgrade 5G technologies.

The company is working on introducing data plans that are appropriate for 5G customers by analyzing their needs and data usage.

It launched its commercial 5G network in December last year following the government’s 5G spectrum auction. Since then, KT has successfully demonstrated various 5G services, such as robot guides and baristas as well as real-time broadcasting.

“Considering the time it usually takes for developing and making new apps or special devices, Korea is likely about a year ahead of the competition. Overseas, many 5G services are still in initial development,” the spokesperson noted.

KT has the upper hand for now. In collaboration with Samsung, it has already installed the largest number of 5G base stations across the country.

It is true that local telcos are investing heavily. But how will Korean citizens benefit? Higher download speeds are just a marketing point for now to rake in more revenue. It is still early days for the 5G ecosystem to flourish. I would prefer to wait one year before I make the shift from LTE.

I agree that 5G will not only enable faster connections, but will provide improved bandwidth. The benefits will spread further than just smartphones. The technology will cover the internet of things and will act as a catalyst for a wide range of new consumer and enterprise experiences, including both data intensive and energy efficient applications. But not now.

Juniper Research forecasts a healthy adoption of 5G services, with revenues set to exceed $65 billion by 2025 globally. It might be a few years away, but the potential improvements a 5G network can provide are enough to get tech-savvy Korean consumers very excited.

I am proud that Korea is the first country to commercialize 5G services, but will not fall into the trap telcos have set for customers. I will wait and watch. Why pay more for a service when the present LTE 4G network is efficient and satisfies my needs?