Operating premium high-rise office buildings in a dense financial district can either be highly profitable or vulnerable to cutthroat competition.

Such is the challenge faced by International Finance Center Seoul, or Yeouido IFC, a gleaming landmark at the center of Seoul’s financial hub Yeouido.

Completed in 2012 by US constructor Architectonica as the Seoul version of the Hong Kong-based IFC, Yeouido IFC was initially owned by American International Group before it was sold to Brookfield Asset Management in 2016 for 2.55 trillion won ($2.26 billion).

The deal reaped more than 1 trillion won of profits for seller AIG, and to this day remains one of the most expensive real estate transactions in Seoul, especially among foreigner-owned assets.

The IFC complex consists of three skyscrapers, an underground shopping arcade and an affiliated five-star hotel, all spread out over a gross area of 505,236 square meters.

The array of buildings, especially its shopping arcade, quickly rose to become one of the most frequently visited places in the area, amid a lack of competition in the financial district.

From the outside, the IFC buildings’ sleek glass exterior stands out against a clear sky and reflects rays in the direction of the Han River at sunset.

Recognized for its energy efficiency and eco-friendly design, IFC Seoul received the LEED Gold Certification for Leadership in energy and environmental design from the US Green Building Council in 2013.

The three office buildings range from 29 to 55 floors, with the tallest Three IFC measuring 284 meters in height.

Beneath the high-rises unfolds a three-story shopping area named the IFC Mall. As the only comprehensive shopping facility in the vicinity so far, the mall has positioned itself as a hub for food and beverage and entertainment.

Through extensive remodeling from late 2017 to early 2018, the operator further expanded the range of F&B businesses, seeking to attract a floating population. 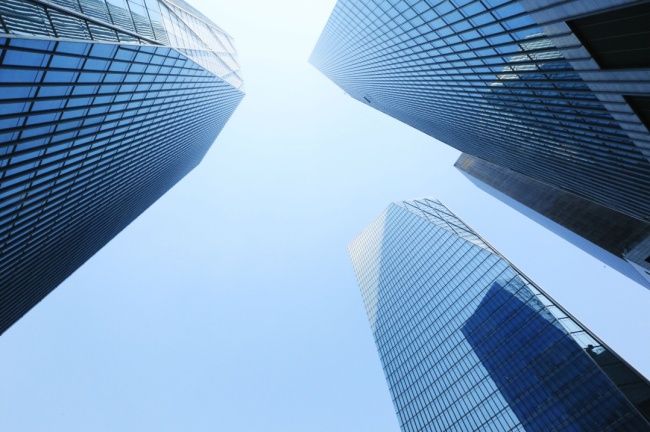 
Another forte of IFC Seoul is that it has direct indoor access to Conrad Seoul, a five-star hotel affiliated with the Hilton Group, as well as to the Yeouido Station on Subway Line Nos. 5 and 9.

Despite its impressive appearance and figures, IFC Seoul has recently been reeling from a number of rising challenges, one of which is the perpetual vacancy rate.

Three IFC, the tallest of the three office buildings, once saw its vacancy rate soar to 54 percent in 2017-2018.

The other two buildings, which have enjoyed a relatively steady lease rate, have continuously struggled to attract more global financial players -- in line with the theme of IFC.

In the case of Two IFC, a sweeping majority of its tenants are in law, manufacturing, pharmaceuticals, marketing and other nonfinancial business.

Adding to the predicament is the ongoing construction of Parc One, a megasized mall to be completed in 2020, right next to the IFC complex.

Surpassing IFC Seoul with a gross area of 630,177 square meters, Parc One will house the five-star Canada-based Fairmont Hotel, Hyundai Department Store, an F&B arcade and two office buildings -- 69 and 53 floors each.

IFC officials say the new complex may help revitalize the local economy but have nevertheless set about reducing the vacancy rate and diversifying the spectrum of tenants before the completion of Parc One.

Such efforts include the upcoming launch of The Smart Suites at IFC, an office space rental program for small-sized businesses, to be available at Two IFC starting June.

The idea is to lower the threshold for tenants by allowing short-term leases starting from three months and dividing a single floor area into several small-sized office rooms, according to officials.