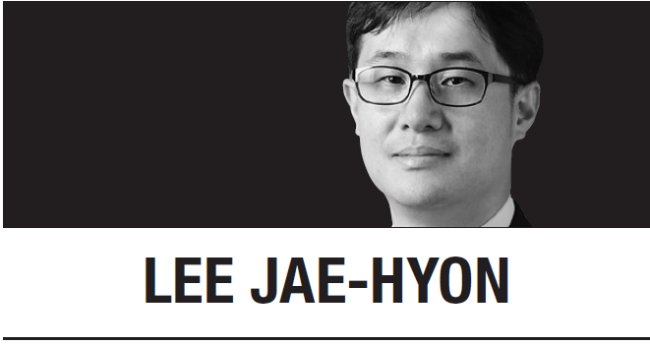 For many Koreans, attention will turn toward Vietnam as President Moon Jae-in implements his New Southern Policy targeting ASEAN countries and India, given the substantial economic relations between Vietnam and Korea, the success of the Vietnamese national football team led by Korean coach Park Hang Seo, and the Hanoi Summit between North Korea and the United States.

But one should not forget that the NSP was first unveiled in Indonesia in 2017. Under the leadership of Joko Widodo, widely known as Jokowi, the president of Indonesia, Indonesian foreign policy has echoed the noble ideas of the NSP. President Jokowi’s strong initiatives to develop bilateral relations with South Korea have been a great contribution to the success of the NSP so far, not just in Indonesia but also in ASEAN as a whole.

When Moon announced the NSP, Jokowi invited him to visit an Indonesian market. The two leaders not just built a personal intimacy through it, but also had chance to display their down-to-earth and people-friendly leadership styles. Buying a batik at the market and sharing jasmine tea at a stall together tells us everything. Of course, Moon and Jokowi did it again when Jokowi paid a state visit to Korea in 2018.

Jokowi has been very active in economic diplomacy. One of the important elements in his economic diplomacy is Korea. Total trade volume between the two countries was $14.88 billion in 2016, which has grown to a record $17.98 billion in two years. Given the active economic diplomacy, the target of $30 billion by 2022 is within reach. Indonesia and Korea recently agreed to re-open negotiations for establishing Indonesia-Korea Comprehensive Economic Partnership Agreement (IK-CEPA). If an IK-CEPA is realized soon, it will make the prospects even brighter. The economic partnership is strongly backed by MOUs between the two countries which cover the “fourth industrial revolution,” human resources management and e-government, among other things.

When it comes to investment, there are already more than 3,000 Korean investment projects in Indonesia, amounting to $2 billion. Lotte Chemical’s recent petrochemical plant construction in Banten Province cost $3.5 billion, making it the biggest plant of its kind in Indonesia. The two countries’ economic diplomacy extends to the military industry. The two countries have agreed to jointly develop next-generation jet fighters (the KF-X/IF-X project). Korea’s defense industry successfully delivered two submarines to Indonesia.

For Korean people who followed up the developments on the Korean Peninsula among North and South Koreas and the United States, one scene from Jakarta is unforgettable. Jokowi invited leaders from both North and South Korea to the opening ceremony of the Asian Games held in Jakarta on Aug. 18. South Korean Prime Minister Lee Nak Yeon and North Korean Deputy Prime Minister Ri Ryong-nam attended the ceremony side by side. The Joint team of North Korea and South Korea marched into Bung Karno Stadium flying the Korean Unificaton Flag. After the PyeongChang Winter Olympic games, the scene in Jakarta again showed the commitment to peace on the Korean Peninsula.

It is not just the heralding of peace in Jakarta matters. The Indonesian government has a strong commitment to building a peace on the Korean Peninsula. While the Jokowi government supports South Korea’s initiative for a permanent peace and prosperity on a Korean Peninsula free from nuclear weapons, his government is very keen to play a constructive role between the two Koreas. Jokowi aired an idea of inviting North Korean leader Kim Jong-un to the ASEAN-ROK Commemorative Summit at the end of this year.

The deepening of bilateral relations between Indonesia and Korea in recent years proves that the two countries are ideal cooperation partners linking Northeast Asia and Southeast Asia. Undoubtedly, Jokowi’s active foreign policy and Moon’s NSP opened a new era in bilateral relations. Based on the track record so far, bilateral cooperation between Indonesia and Korea will deepen further by the 50th anniversary of diplomatic tie in 2023 and beyond.


Lee Jae-hyon
Lee Jae-hyon is a senior fellow of the ASEAN and Oceania Studies Program at the Asan Institute for Policy Studies. -- Ed.