By Yonhap
Published : Mar 21, 2019 - 21:00       Updated : Mar 22, 2019 - 17:51
Hanjin KAL, the holding company of South Korea's largest flag carrier, won a court disposition to exclude proposals made by a local activist from being put to a vote at its upcoming shareholders meeting, market watchers said Thursday. 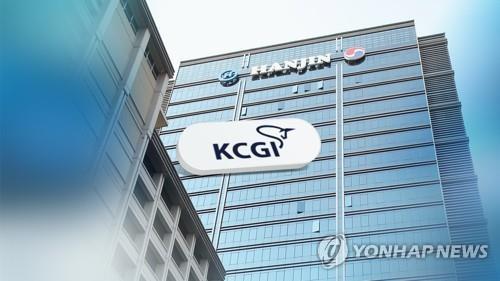 The company secured the legal victory against Korea Corporate Governance Improvement and its special purpose company that had forwarded a motion to secure the right to recommend an outside director to sit on the board and select the auditor. The fund also demanded restricting the salaries of board members, which was opposed along with all of KCGI's proposals by Hanjin KAL.

"The Seoul High Court accepted the suspension request lodged by the holding company against KCGI that mirrors the lower court's ruling," a source said. He added that the latest ruling effectively permits Hanjin KAL to reject the motions called for by the activist fund at the shareholders meeting set for March 29.

KCGI's special purpose company, which controls a 12.01 percent stake in Hankin KAL, said its proposals aim to increase transparency of the transportation and logistics conglomerate, which had taken flak for the inappropriate actions of Chairman Cho Yang-ho and his immediate family members.

Cho and those allied to the chairman control 29.93 percent of issued stakes, with the National Pension Service holding 7.34 percent.

On the other hand, the motion being forwarded by the NPS for the dismissal of Suk Tae-soo, the president of Hanjin KAL and one of its directors, could be voted on at the shareholders meeting.

The executive has been charged for allegedly engaging in breach of trust and embezzlement. (Yonhap)