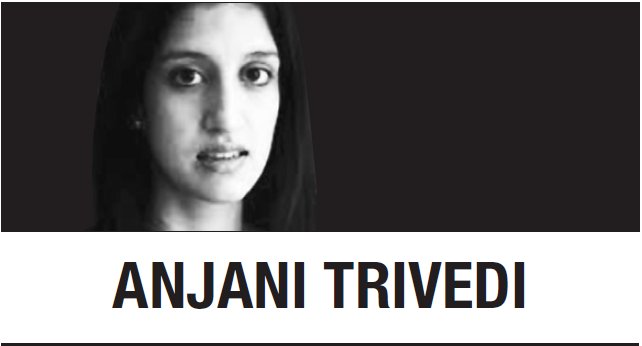 Chinese industrial borrowers are strapped for cash, as billions of dollars of debt come due this year. The ones that benefited from Beijing’s largesse should be most worried.

Issuers are on the hook for more than 6 trillion yuan ($890 billion) in 2019, up 15 percent from a year earlier. Companies in sectors including mining and materials, capital goods and real estate make up 4 trillion yuan of the pile -- and of that, industrial companies comprise about 60 percent.

For years, this sector largely depended on subsidies to do business, which hampered organic growth. These handouts often show up as lumpy cash, interest-free loans or are booked as other operating income. But now the spigots are closing, and these companies are the first to suffer.

With China’s economy sputtering, industrial profits have been dropping in recent months. Constrained financing conditions have squeezed growth and the ability to tap working capital. Cash conversion cycles -- a measure of how fast companies are utilizing their inventories and sales to generate cash -- are getting longer once again, after peaking in 2016. The largest companies by assets in this sector are running deeper in the red on a free cash flow basis.

Beijing has long turned to large-scale subsidies when the manufacturing sector hit rough patches. In 2013, handouts to industrial and materials companies totaled about 8 billion yuan as producer prices slumped; by 2015 that had more than doubled.

Excluding state-owned energy behemoths China Petroleum & Chemical, or Sinopec, and PetroChina, materials and industrial firms took in at least 60 billion yuan of such government assistance between 2013 and 2017, amounting to almost 45 percent of Beijing’s total outlays, according to analysts at CLSA. On average, this aid accounted for at least 4 percent to 10 percent of gross profits between 2013 and 2017. These firms likely received even more help from local governments and other benefits from Beijing.

As the industrial engine roared back to life in 2016, helped by easy financing, those handouts shrank. By the following year, subsidies contributed to just 2 percent of industrial companies’ gross profits. At aluminum giant Aluminum Corp. of China, or Chalco, such aid was equivalent to 93 percent of earnings in 2013. That fell to 11.4 percent in 2017 as Beijing focused on supply-side reforms and cutting excess capacity. Subsidies can no longer support cash flows.

With Beijing’s fiscal coffers constrained and its core sources of revenue -- land sales and tax income -- looking weaker, subsidies are being shifted to higher-priority sectors that didn’t receive as much assistance in years past, such as tech, health care and consumer discretionary. The latter two areas received just 4 billion to 8 billion yuan over the five-year period ended 2017. Subsidies for research and development and commercialization of new drugs amounted to almost 15 percent of Wuxi Apptec sales in 2017. Electric car maker BYD has been another big beneficiary.

For China’s industrial giants, capital structures have weakened alongside their deteriorating liquidity. Short-term financing has become a larger part of total borrowing. For the top 500 companies by assets, net short-term debt has risen by a greater magnitude than long-term debt every year since 2014. To top it off, more than 40 percent of corporate debt now has a tenor of less than one year, with most borrowing concentrated below three years. That means repayments will come due faster as the ability to pay dwindles.

The dependence on subsidies is also playing out in balance-sheet inefficiencies. Interest costs at Berkshire Hathaway-backed BYD rose to 1.14 billion yuan in the third quarter last year, from around 630 million yuan a year before. When it raised debt last week, the company noted that its receivables had continued to skyrocket while working capital was tight, largely because subsidy payments weren’t coming in on time. Most its debt is now concentrated in tenors below one year. Other private industrial companies like robotics firm Estun Automation are facing volatile operating profits because handouts weren’t as large as expected.

Even Chinese industrials’ offshore bonds are under stress: Around $4 billion worth are trading between 50 cents and 80 cents on the dollar. With most of the defaults last year coming from this sector, treading carefully may not be enough. You might do well to avoid it altogether.