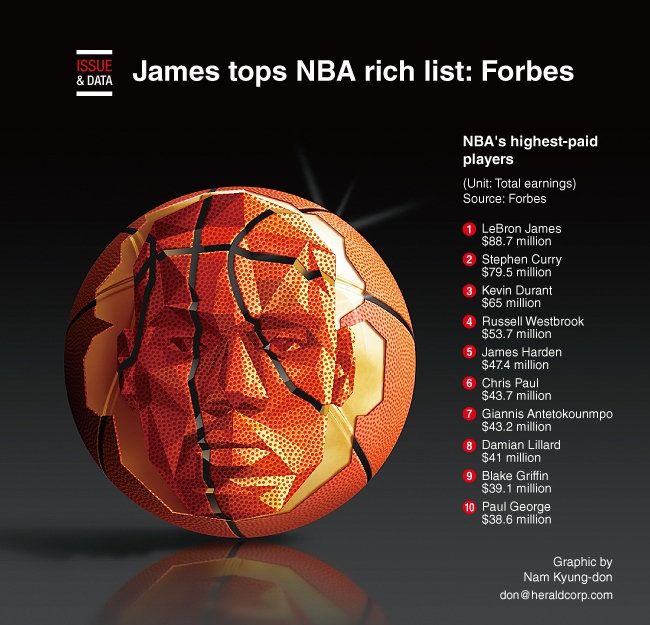 LeBron James remains the top-earning player in the NBA while an increasing number of stars have boosted their income through off-field activities, according to Forbes.

Forbes said that Los Angeles Lakers star James was the highest-paid player in basketball for a fifth straight year, pocketing an estimated $88.7 million in 2018-19.

Around $35.7 million of James's earnings came from salary and bonuses, while $53 million was generated through endorsements.