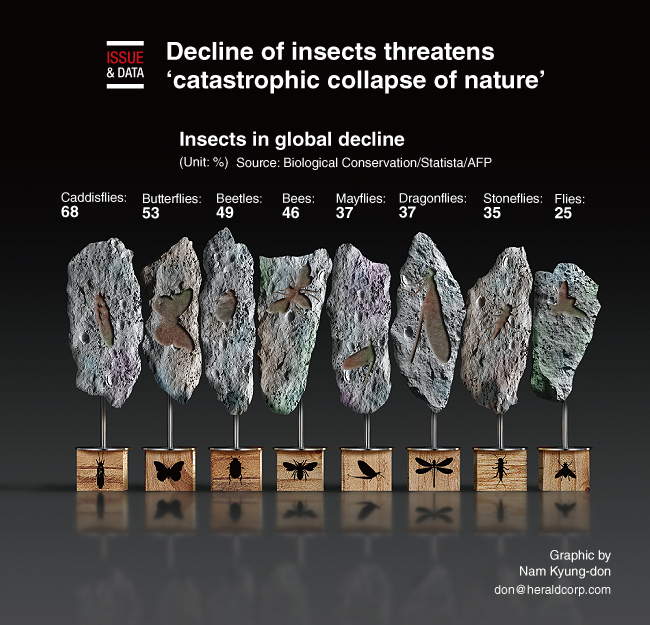 Nearly half of all insect species worldwide are in rapid decline and one-third could disappear altogether, according to a study warning of dire consequences for crop pollination and natural food chains.

The research found that 41 percent of the world’s insect populations are declining, while a third are endangered. The extinction rate of insects is eight times greater than those of mammals, birds and reptiles, and there are suggestions they could totally vanish within a century.

The study says that bees, ants and beetles are disappearing eight times faster than mammals, birds or reptiles.

The general insect decline is believed to be caused by intensive agriculture, pesticides and climate change.