[Monitor] 1 in 5 Koreans at risk of smartphone addiction 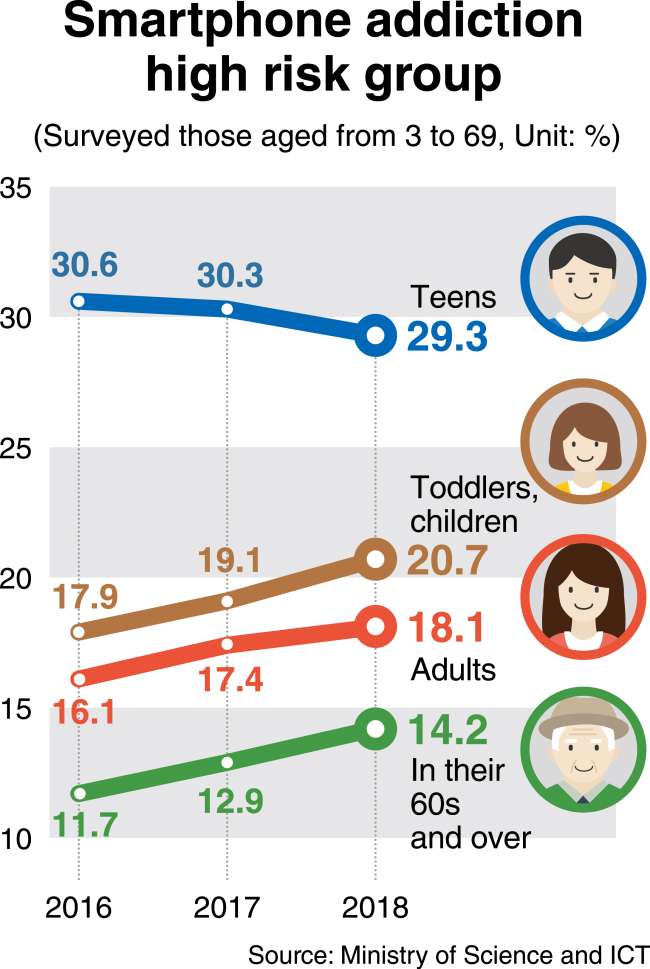 One in 5 South Koreans face the risk of becoming addicted to smartphone use, according to a poll by the Ministry of Science and ICT.

Of 28,575 people between 3 and 69 years old, 19.1 percent fell into the potentially at-risk or high-risk addiction categories in the survey conducted between August and October last year. They could suffer physical and mental withdrawal symptoms.

By age, teens made up the the largest portion of the high-risk group at 29.3 percent. The percentage among seniors, or those between 60 and 69 years old, also increased from 11.7 percent in 2016 to 14.2 percent last year.