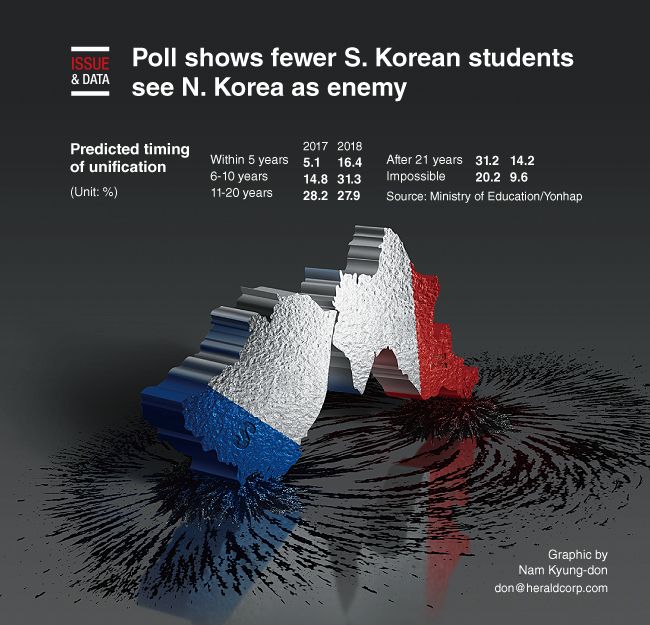 Fewer young students in South Korea perceive North Korea as an enemy than a year ago, while a larger number of them regard the North as a cooperative partner, a poll has showed.

In the poll of 82,947 elementary, middle and high school students by the education and unification ministries last year, only 5.2 percent said North Korea should be thought of as an enemy, marking a sharp fall from 41 percent in a similar survey held in 2017.

Instead, 28.2 percent of the young students agreed with the new description of North Korea as an “object to watch out for” in the latest survey.