The firm has opened flagship stores in the US and China. The 660-square-meter store in Paris will be located in a building on Boulevard Haussmann, an area known for luxury shops. 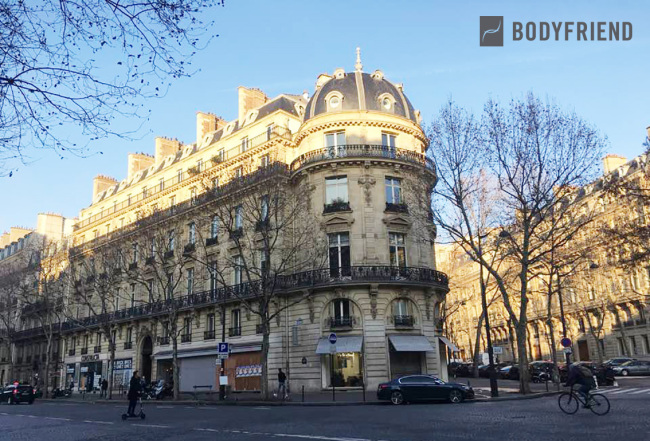 Prior to the opening, the company will run a pop-up store at the Bon Marche department store for two months from Feb. 23. High-end massage chairs, such as the Lamborghini-themed massage chair, will be showcased.

The company has been preparing for its entry into the European market. It tapped former Dior Korea CEO Lee Jong-kyu as the head of its Bodyfriend European corporation, and established the European branch in December.

It has also brought in designer Vincent du Sartel, a former art director at Louis Vuitton and Loewe, to take charge of design development for new products.

“It is very meaningful for us to open a flagship store in Paris, as it will be our first step in recommending a new ‘health care lifestyle’ to Europeans,” said Lee.

Bodyfriend plans to expand to other countries, including those in the Middle East and Russia.