The Seoul-based studio apartments under consideration were those less than 33 square meters in size, DaBang said.

The results are based on monthly rent fees of 1 million studio apartments in Seoul that were listed on DaBang in 2018, after unilaterally fixing the deposit payment at 10 million won ($8,960). 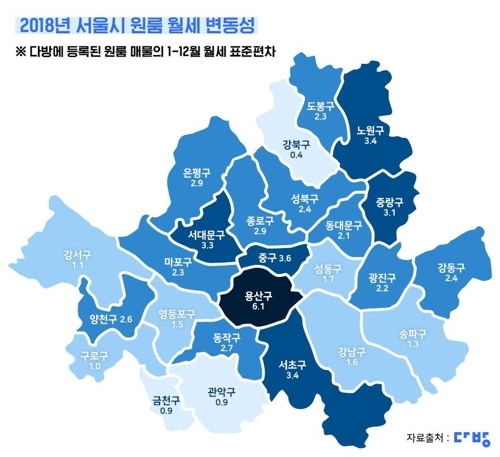 According to DaBang, Seoul’s one-room studio apartment rent prices were the highest in December, presumed to be a time when many university students and young workers start looking for new housing.

The districts with relatively lower apartment rental prices were concentrated in southwestern and northeastern Seoul, including Geumcheon-gu, Guro-gu and Gwanak-gu as well as Dobong-gu and Nowon-gu.