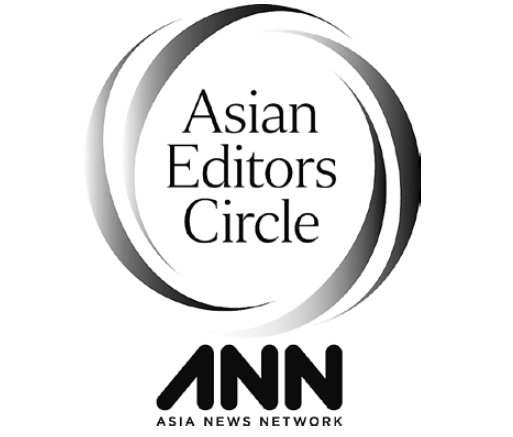 The farther back you can look, the farther forward you are likely to see.

So the late British prime minister and famed orator Winston Churchill is once supposed to have said.

This year, many will be doing so, with major milestones and anniversaries being marked around the world -- 150 years since the birth of India’s Mahatma Gandhi; 50 years after American astronaut Neil Armstrong’s great lunar “leap for mankind”; 100 years since the May Fourth Movement in China.
Singapore, too, looks likely to spend quite a bit of time casting an eye backward, with the commemoration of the bicentennial of the landing of Sir Thomas Stamford Bingley Raffles kicking off Monday (Jan. 28) with an official launch by Singaporean Prime Minister Lee Hsien Loong.

Furthermore, the organizers behind the yearlong string of events -- “it’s not a celebration,” they insist -- have also sought to put Singapore’s colonial past in a wider context, tracing its history all the way back to the legend of Sang Nila Utama, the Hindu prince of the Srivijayan Empire, who is said to have landed on this island of Temasek in 1299.

Other prominent pioneers -- such as business leader and philanthropist Tan Tock Seng, Raffles’ secretary and interpreter Munshi Abdullah, the chief clerk at the treasury and Indian community leader Naraina Pillai -- have also been literally put on a pedestal, with statues of them being set up by the Singapore River to highlight their contributions alongside those of Raffles and his British peers.

This has sparked a spirited debate about the purpose and intent behind the bicentennial events, with some commentators leery of what they see as official efforts to uphold Singapore’s colonial past, a period when the local people were exploited and subjugated. The criticism seems to have led to some officials tiptoeing nervously around the subject.

That, in turn, has led to a pushback. As Straits Times reader Toh Cheng Seong noted in a recent letter to this newspaper’s Forum page, “It is very odd to call the office in charge of the celebrations of Singapore’s 720-year history the Bicentennial Office. Wouldn’t ‘septcentennial’ be a better approximation of the period under coverage for the festivities?

“Or was this extended historical framing a mere reaction to criticism that the office was glorifying colonial imperialism, and that we should instead look further back at the time when local affairs were managed by the locals, never mind the fact that most of them were similarly oppressed subjects of absolute rule?

“This begs the question: Was Sang Nila Utama any more local than Sir Stamford Raffles? After all, the Srivijayan prince was born and bred in Palembang, Sumatra, and not on the island which he founded as the kingdom of Singapura.”

Similarly puzzled, another writer, Loke Hoe Kit, turned to the country’s founding Prime Minister Lee Kuan Yew for some guidance, noting how he had once said that “if Raffles had not come here in 1819 to establish a trading post, my great-grandfather would not have migrated to Singapore.”

Mr. Loke added: “Mr Lee wisely avoided the virulent brand of anti-colonialism espoused by other former colonies that ultimately sent international investors packing. His government recognised history for what it was, and had no desire to rewrite the past by renaming streets or removing monuments.

“Hence, it is odd that Singapore should now be so reticent about celebrating its bicentennial.”

I agree. It does strike me as strange indeed that more than 50 years after independence, some Singaporeans might now find themselves in a belated postcolonial funk.

One would have thought that the republic’s success over the past five decades -- with even today’s British leaders extolling its economic transformation as a model for their country, post-Brexit -- would have imbued Singaporeans, especially younger ones, with a greater sense of their promise and potential, rendering any lingering colonial hang-ups pointless.

To those who still harbor doubts, I would offer the wise words of Eleanor Roosevelt, the former American first lady, who once said eloquently: “No one can make you feel inferior without your consent.”

So, to my mind, Singaporeans need not be angst-ridden about marking the bicentennial, as if doing so implies reveling in the past subjugation of their forebears. Rather than hailing the country’s colonial masters, the whole point of the exercise, it seems to me, is for people to draw the right lessons from the past 200 years, to help set them up for the future.

To do so requires an appreciation of what transpired in 1819 and the years thereafter. A gripping account of this is found in the book “Singapore 1819: A Living Legacy,” by sociologist Kennie Ting, who is the director of the Asian Civilizations Museum.

“Singapore’s success lay, in the very beginning in Raffles’ shrewd strategy to declare it a free port,” he notes.

The approach at the time, taken by the Dutch and others, was to restrict trade strictly to vessels from their country, or to slap punitive tariffs on others for the privilege of selling their goods in local markets (sound familiar?).

Singapore under Raffles went the other way, he adds, noting: “Raffles waived customs and other duties for any trading vessels wishing to trade in Singapore.

“The principle was freedom to trade: any vessel from anywhere in the world, should have equal opportunity to trade their wares within the confines of this particular harbor, as long as there was a market for their goods. This laissez faire approach gave Singapore a huge competitive edge almost immediately, as it became the cheapest port to dock at overnight.

“Word spread and within three years, Singapore had begun to corner the market, with all manner of trading vessels -- European ships, Chinese junks and Malay boats -- particularly from Malacca -- eager to dock and trade their wares in its port ...”

Ting continues: “On 12th January 1823, just before he left Singapore for the last time, Raffles wrote: ‘The progress of my new settlement is in every way most satisfactory. ... Every day brings us new settlers, and Singapore has already become a great emporium. Houses and warehouses are springing up in every direction, and the inland forests are fast giving way before the industrious cultivator. I am now engaged in marking out the towns and roads, and in establishing laws and regulations for the protection of person and property. We have no less than nine mercantile houses (European) and there is abundant employment for capital as fast as it accumulates.’”

Personally, I can’t help but be grateful it all happened this way, for otherwise, my father’s Indian ancestors would probably not have ventured to this island, nor my mother’s from the Netherlands, and their offspring born here would never have had the chance to meet and bear “uniquely Singaporean” children, including me. This is very much a part of the Singapore story for many Singaporeans today.

So, for me, the lessons to be drawn from the bicentennial events seem to be these. First and foremost, it reminds us all how Singapore’s fortunes have ebbed and flowed through the ages, with prosperity and success neither preordained nor naturally enduring.

Second is the critical importance of Singapore being connected with, and staying open to, the world, trading freely in goods, capital, people and ideas. Our commitment to welcoming people and talent from everywhere, affording them opportunities to seek their fortunes here, helped set the stage for the multiracial and meritocratic society that Mr. Lee and the pioneer generation of leaders, together with their supporters, helped forge over the years.

Thirdly, whether intended or otherwise, the British left Singapore a few precious gifts -- the rule of law, sound systems of civil administrations and governance, and most importantly, the English language, which has served as a glue to bind the disparate peoples who came here into one united people -- more so and more quickly than anyone imagined possible -- while also enabling us to plug and play in today’s modern world.

Thankfully, our founding fathers had the good sense to make use of these assets, rather than spurn them in a fit of postcolonial petulance and pique; we, the beneficiaries, should strive to be no less wise.

As I see it, no Singaporean today needs or wants to glorify the country’s colonial past. But nor do we need a puerile pretense of rejecting what we inherited, if only to prove our commitment to this fledgling republic we call our own. Far better for us to look back with equanimity, and draw the right lessons from the past, so that we are better able to chart our way forward.


Warren Fernandez
Warren Fernandez is editor-in-chief of the Straits Times in Singapore. The Asian Writers’ Circle is a series of columns on global affairs written by top editors and writers from members of the Asia News Network and published in newspapers, websites and social media platforms across the region. -- Ed.