“We call it Soi Mao,” said Im, 37, of his latest enterprise, which he described as a “Thai tapas” spot.

While Soi Mao’s main focus is Thai drinking food and wine, one cannot ignore the restaurant’s mouthwatering chicken dishes, from their “kai yang” to their “kai ping.”

“Kai yang,” which is available for both lunch and dinner, is Soi Mao’s riff off a dish that hails from northeastern Thailand.


While the original “kai yang” is slowly grilled over charcoal, Im explained their kitchen does not allow for such extensive grilling, so their “kai yang” is oven-baked, then the skin is fried to a crisp, before the meat is finished over a charcoal grill.

The resulting protein is then served, heaped on a platter, with a side of sweet and spicy sauce. The flesh is snowy and tender and the skin is crisp and crackly, demonstrating how well-cooked chicken can be incredibly satisfying.

Then there is Soi Mao’s “kai ping.” Only available at night, these chicken skewers feature meat that has been marinated in coconut milk and lacquered in fish sauce.

Fragrant and juicy, an accompanying side of sauce made with tamarind and fish sauce adds an intensely umami, saline dimension to these addictive skewers.

In addition to great chicken, there are also plenty of other toothsome eats on the menu, including crunchy and flaky spring rolls and a piquant and refreshing tom yam noodle soup.

Given Im’s longstanding prowess in the city’s Thai restaurant industry, it is not surprising to discover that his latest spot is a solid addition to a burgeoning portfolio of eateries.

In fact, Soi Mao is the eighth restaurant to join Im’s growing Thai food empire, which is run under the company Thai Effect Corporation.

Tuk Tuk opened in 2011, serving fare that included many dishes hailing from northeastern Thailand, home turf for Tuk Tuk’s head chef, who, Im revealed, is still on board.

The first, is, of course, Tuk Tuk Noodle Thai.

The eighth spot, which opened in December in Seoul’s Sinsa-dong, is the newly-minted Soi Yeonnam Mao.

Soi Mao is a two-story, 72-seat affair. During the daytime, the menu is more abbreviated, while at night, the menu expands and the second floor becomes devoted to those who came to pair their food with a wine from an extensive list, which also includes natural wine.

As Thai Effect Corporation director Kim Eun-ji explained, Soi Mao is a spot where restaurant-goers can come to pair Thai food with wine.

Be it a “funky red” as Kim elaborated with their umami chicken skewers and their sweet dipping sauce of tamarind and fish sauce, or an orange wine, also called skin-contact wine, with some fiery, pork-based tom yam noodle soup, there are plenty of pairings to choose from.

“We have a wide selection of orange wine and Jura wine,” Kim, 37, said. 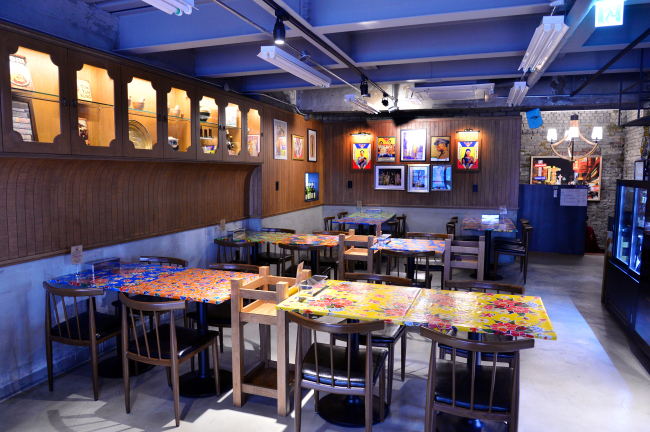