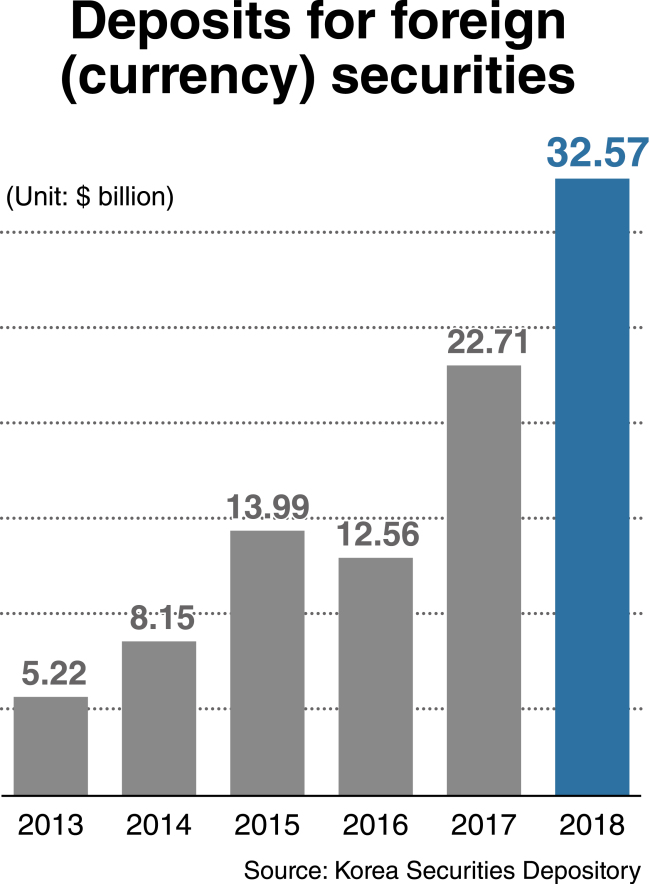 The volume of the holdings jumped 43.4 percent to $32.5 billion in 2018, from the previous year’s $22.7 billion, according to the data. It represented an almost sixfold increase over five years, as the corresponding figure for 2013 was $5.2 billion.

Overall, local investors’ holdings of overseas stocks and bonds stood at $37.6 billion as of the end of September last year, separate data from the KSD showed.