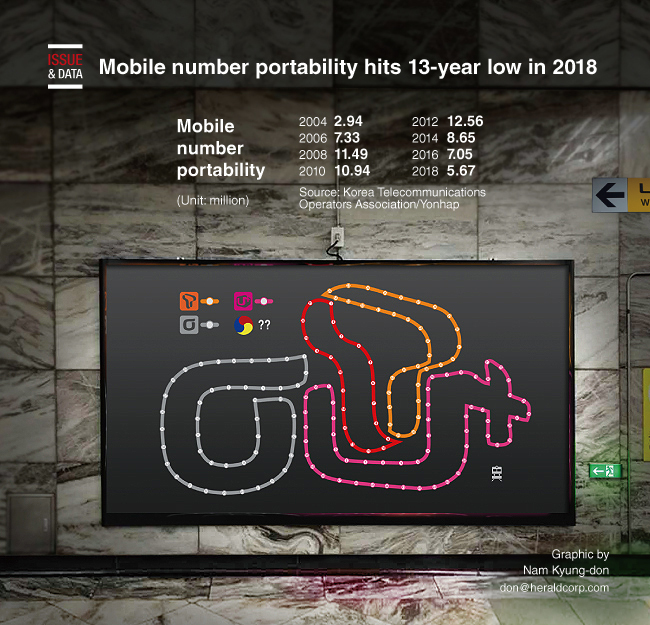 The number of South Koreans who switched mobile carriers reached a 13-year low in 2018 due to weaker subsidy competition, industry data showed.
The country‘s three major mobile carriers -- SK Telecom, KT and LG Uplus -- and budget carriers posted a combined 5.67 million in number portability last year, according to data from the Korea Telecommunications Operators Association.
The tally was down 19.3 percent from the previous year and the lowest level since 2005.
The figure translates into around 472,000 mobile telephone users changing from one mobile network to another a month while retaining their cellphone numbers.