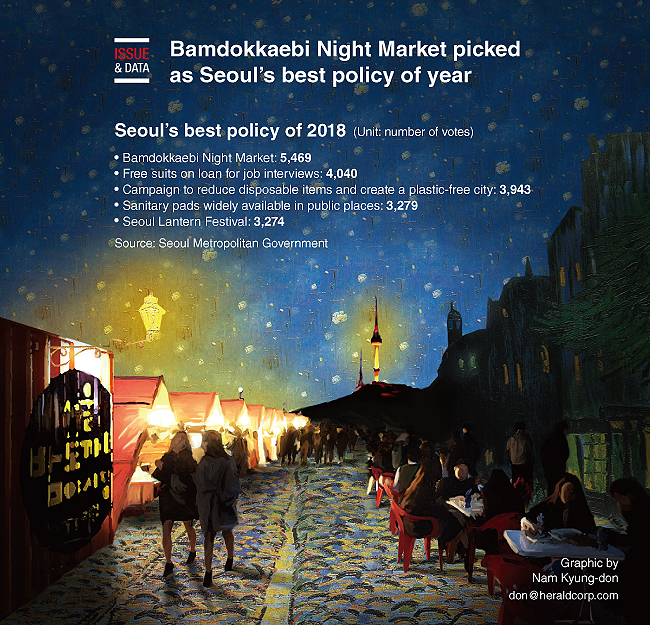 The night market opened in various locations on Fridays and Saturdays from March through October this year, including the Cheonggye Stream, Dongdaemun Design Plaza, Yeouido Hangang Park and Banpo Hangang Park.

Seoul officials said the policy of lending out suits for job seekers to wear to interviews ranked as the second-best policy with 4,040 votes, followed by a campaign to reduce disposable items with 3,943 votes.

The online survey was held in six languages from Nov. 28 to Dec. 9 and 15,172 foreigners from 72 countries participated.