[Monitor] Korea gears up for expansion of eco-friendly vehicles 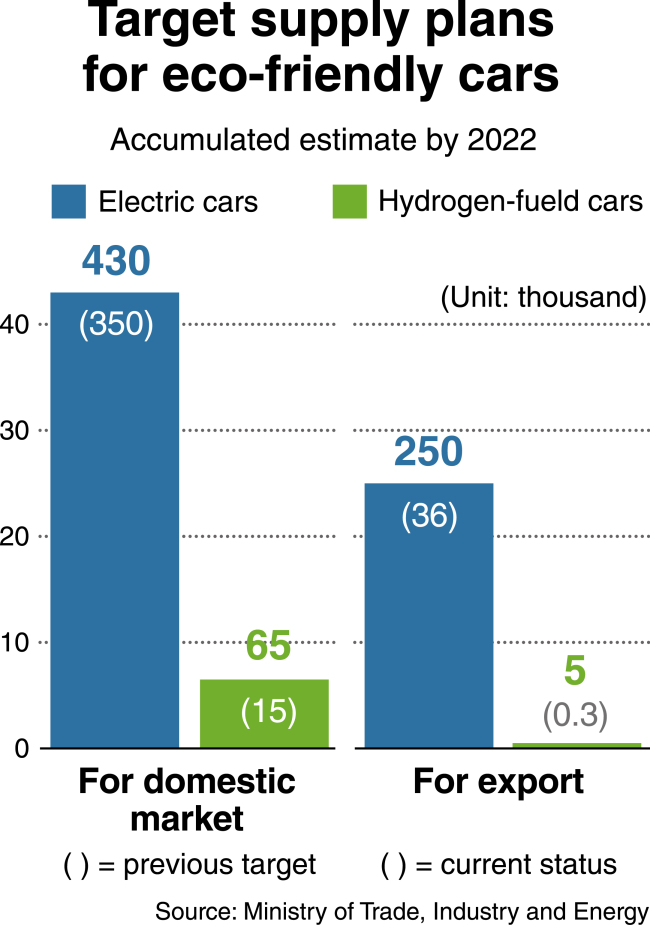 South Korea aims to have 430,000 electric cars and 65,000 hydrogen-fueled cars on local roads by 2022, according to the Ministry of Trade, Industry and Energy on Tuesday.

This is a big jump from previous targets, which were 350,000 electric cars and 15,000 hydrogen-fueled cars in four years.

For the same period, the ministry also raised the target for exports of electric cars sevenfold to 250,000 and hydrogen-fueled cars by seventeen times to 5,000.

With these adjusted targets, the government said it expects the domestic production proportion of the eco-friendly cars to increase from the current 1.5 percent to over 10 percent within the period. It will expand subsidies for eco-friendly automobiles to meet the goal.

The government also plans to replace 2,000 compressed natural gas-powered buses with hydrogen-powered ones by the end of 2022. It will expand the number of hydrogen stations to 80 by next year and 310 by 2022, which is more than twentyfold the current 15 units.