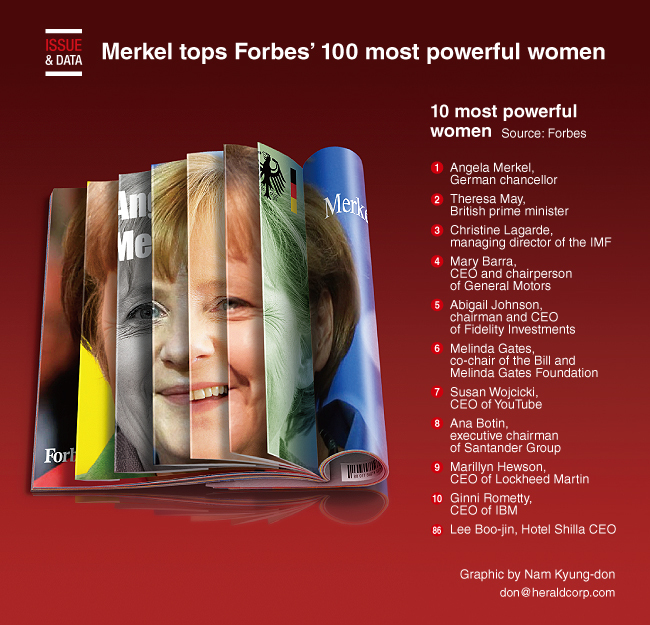 German Chancellor Angela Merkel has been named atop the list of the 100 most powerful women in the world for 2018 for an eighth year in a row. Her streak since 2006 has been broken only by Michelle Obama in 2010. South Korea’s Hotel Shilla CEO Lee Boo-jin also ranked 86th on Forbes’ list.

The business magazine’s list determines a power ranking for the world’s leading women by applying metrics including money, media and impact.