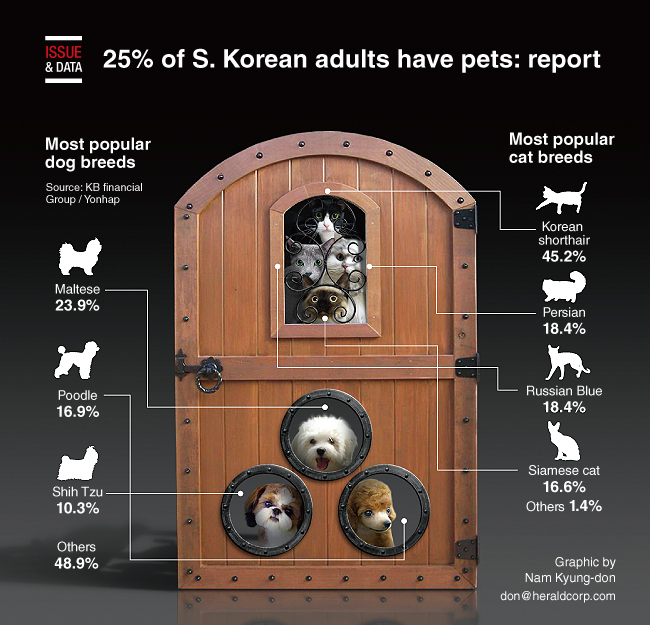 About 1 in 4 South Korean adults owns a pet, and they spend an average of around 100,000 won ($89.95) per month on their companion, a report by KB Financial Group showed.

According to the report by the financial conglomerate, 25.1 percent of 1,700 South Koreans aged over 20 responded that they currently have at least one pet, with 39.2 percent saying they had one in the past.

Dogs were found to be most popular by accounting for 75.3 percent of pet-owning households, followed by cats and goldfish, and each owner has an average of 1.2 dogs and 1.4 cats, the report showed.