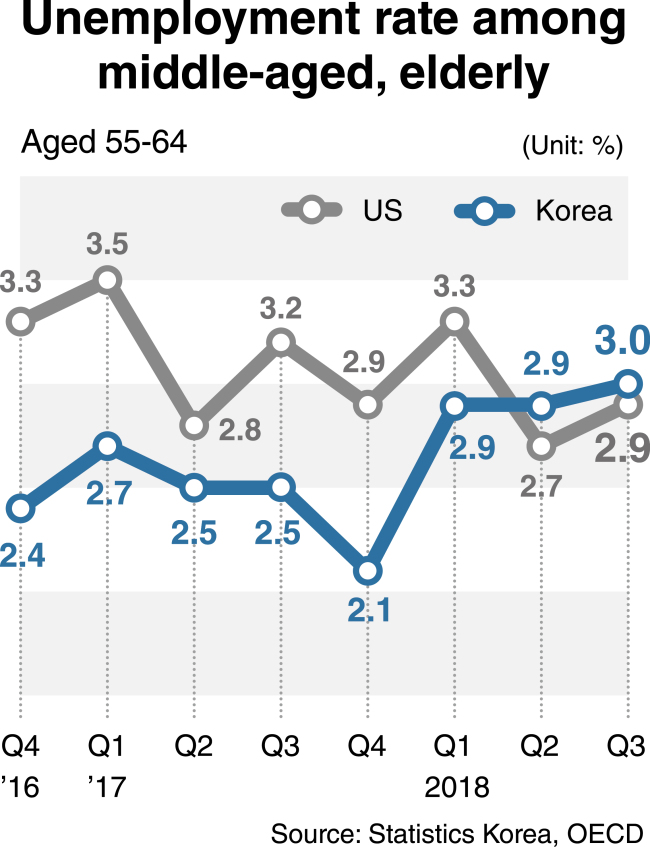 The unemployment rate among elderly and middle-aged workers between 55 and 64 years old in Korea reached 2.9 percent in the second quarter of this year, up 0.4 percentage points from a year ago.

This was higher than the rate of 2.7 percent in the US in the same period, according to data released by Statistics Korea and the Organization for Economic Cooperation and Development.

In the third quarter, the rate inched up further to 3 percent, while the US recorded 2.9 percent.

Korea’s worsening unemployment rate reflects its sluggish economy and job market. It also indicates an increase in the economically active population among seniors.