But to further promote its global status and to appeal its forte to multinational businesses, one additional factor was required -- a multilingual pleading process for foreign litigants, according to the Patent Court of Korea.

The Patent Court on Friday held an English pleading for foreign litigants, marking the first case since it revised the corresponding law last December and consequently launched an international justice department in June this year.

Bringing the case to the court was Australian steelmaker BlueScope Steel, which filed a petition against the Korean Intellectual Property Office, seeking to overturn KIPO’s decision to deny a patent for its steel laminating technology.

“Today’s trial will mark the start of the international trial, which has been introduced to promote the international community’s access to our judicial system and to enhance our court’s competitiveness,” said Lee Kyu-hong, presiding judge of the given trial at the Patent Court of Korea.

The presiding judge also repeatedly asked the legal representatives to “speak more slowly” whenever they showed signs of speeding up from the lack of time.

“The accuracy of interpretation is crucial in these highly technical cases,” Lee said.

Upon the revised Court Organization Act, approved by the National Assembly in December, parties in a patent suit can now apply for an English procedure at the international justice department.

While judges and local parties may continue to use Korean, foreign participants may use English and will be offered real-time English translation and an English-translated ruling, according to court officials.

“The intention of the international justice department is to lower the language barrier for foreign litigants in complicated patent trials, not to offer judgment favors to them,” Cho Kyeong-ran, chief judge of the Patent Court, said earlier. 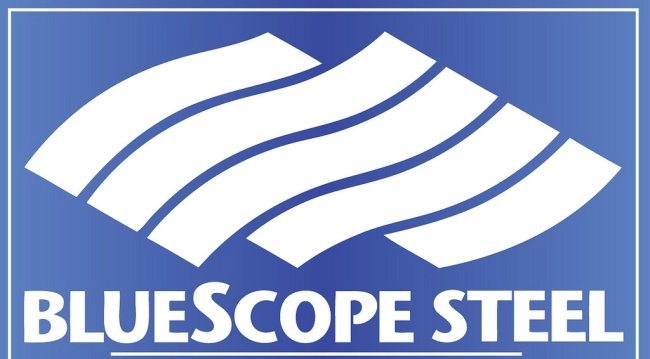 In 2010, BlueScope developed new steel laminating technology using an unconventional combination of zinc and magnesium. The Korean IP office, however, rejected the patent application in 2015, citing the lack of an innovative factor.

BlueScope filed an appeal at the Patent Court in May last year, seeking the revocation of KIPO’s decision, but the initial trial date was put on hold in consideration of the upcoming English pleading process.

The company applied for the English proceeding on June 15, almost immediately after the new system took effect, to which KIPO consented in July. The two parties held a pretrial process on Aug. 31.

“The key point of dispute in this given case is that (the defendant) failed to understand the purpose of the corresponding technology invention and the solution it offers,” said Han Sang-wook, one of the legal representatives for BlueScope.

The steelmaker’s claim is that its new laminating technology successfully deters the formation of magnesium silicide clusters on the surface of steel plates during the continuous hot dip metallic coating process.

KIPO, however, refuted the claim, saying that BlueScope’s technology lacks the level of innovation required in patent acknowledgment.

“The know-how of controlling the amount of magnesium silicide and the speed of cooling (steel plates) in order to deter faults on the surface is largely considered prior art,” said Bae Geun-tae, litigation team officer of KIPO.

“As the plaintiff has neither made further progress from there, nor suggested any detailed figures for the solution, this case lacks progressiveness.”

Gearing up for further international pleadings in the future, the Patent Court plans to increase its translation workforce.

The two official translators currently available at the court are both qualified with interpretation licenses and also experienced in intellectual property issues.

“One of them joined the team this year, ahead of the international justice department kick-off, and we hope to expand the team size to around four people in the near future,” said an official of the court.

“But the process may take some time, considering the high level of qualification required of professional patent trial translators.”

Of the 582 cases filed to the Patent Court last year, 194 -- or 33.3 percent -- involved a foreign individual or company, court data showed.

A report by the Korea Law & Economics Association said last year that the introduction of the international court system would create direct economic effects of 1.15 trillion won ($1 billion) over the next five years.