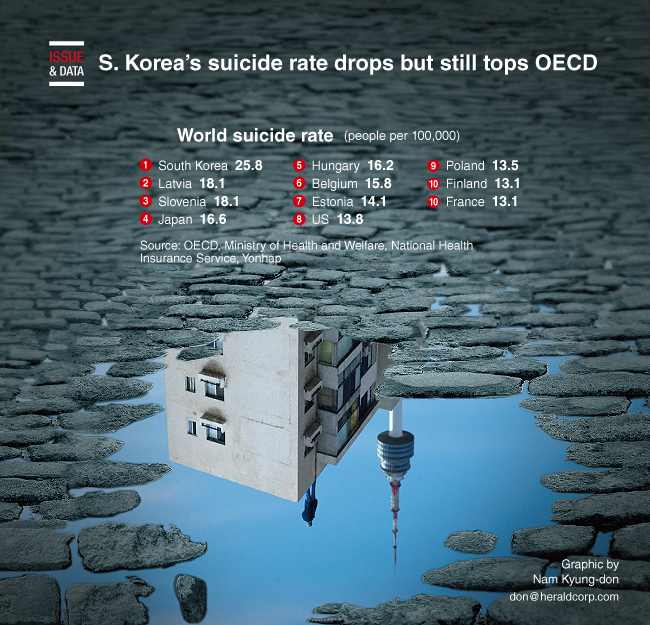 Despite declining in recent years, the suicide rate in South Korea remains the highest among developed nations, according to statistics.

An analysis of health data from the Organization for Economic Cooperation and Development, conducted by the Ministry of Health and Welfare and the National Health Insurance Service, showed that as of 2016, 25.8 out of 100,000 South Koreans had taken their own lives. The number is the highest among member countries of the OECD, whose average suicide rate was 11.6.