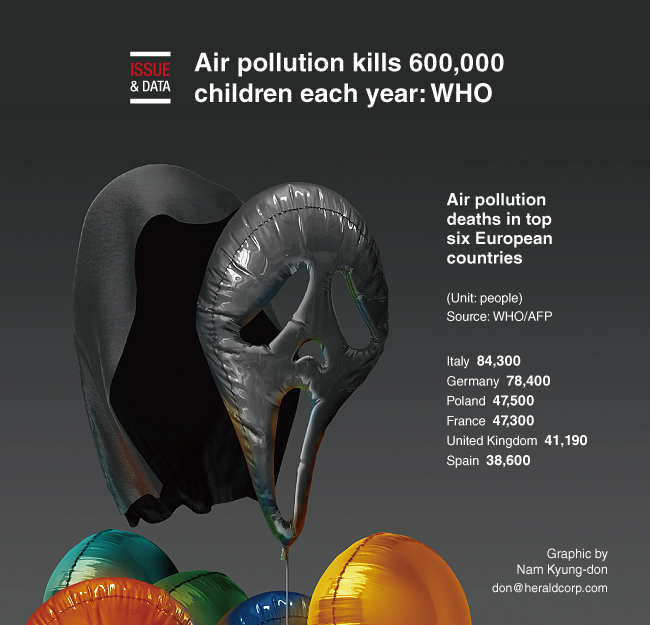 Exposure to toxic air both indoors and out kills some 600,000 children under the age of 15 each year, the World Health Organization warned Monday.

According to WHO data, more than 9 out of 10 people on the planet breathe dangerously toxic air, causing some 7 million premature deaths each year.

Air pollution is especially dangerous for children, and accounts for nearly 1 in 10 deaths among children under 5 around the globe, the report found. (AFP)