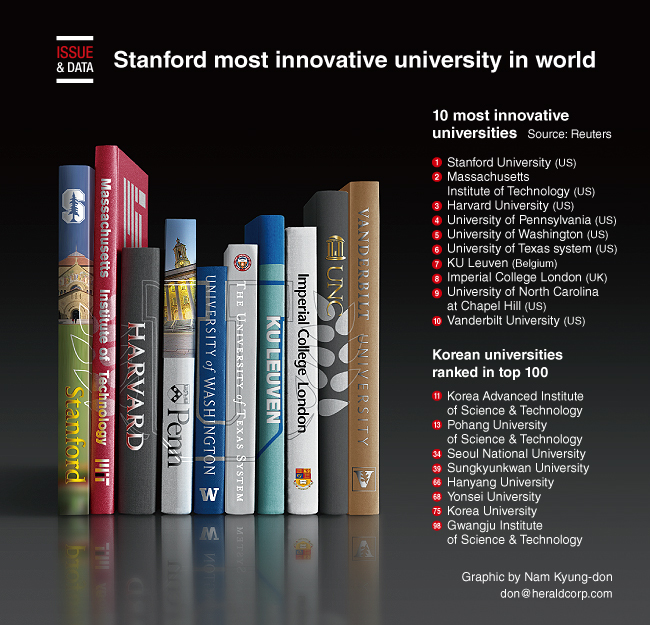 For the fourth year running, Stanford University tops Reuters' ranking of the World's Most Innovative Universities, a list that identifies and ranks the educational institutions doing the most to advance science, invent new technologies and power new markets and industries.

While a few UK- and Asia-based schools have ascended, American universities continue to lead the ranking. The Massachusetts Institute of Technology, for example, places second on the list, and Harvard University comes in third, making 2018 the fourth consecutive year those universities have held those same spots.

The Korea Advanced Institute of Science and Technology just missed the top 10, coming in at No. 11.