"We at Apple are in full support of a comprehensive federal privacy law in the United States," Cook told a conference in Brussels.

He said such a law should allow for personal data to be minimized and force companies to de-identify customer data or not collect them in the first place. 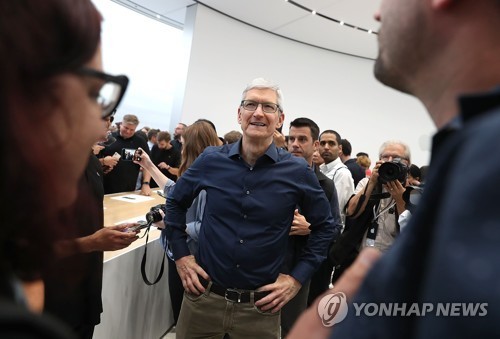 Users should also have the right to know what data are being collected and what for, and get to decide what collection is legitimate, and which isn't.

"Anything less is a sham," Cook said.

"We should celebrate the transformative work of the European institutions tasked with the successful implementation of the GDPR," he said.

"It is time for the rest of the world - including my home country - to follow your lead," Cook said.

Unlike internet giants Facebook and Google, Apple's business model does not rely on the collection and commercial use of its users' personal data.