Moon had originally planned to return to the South following a farewell breakfast at the Paekhwawon State Guesthouse around 9 a.m. 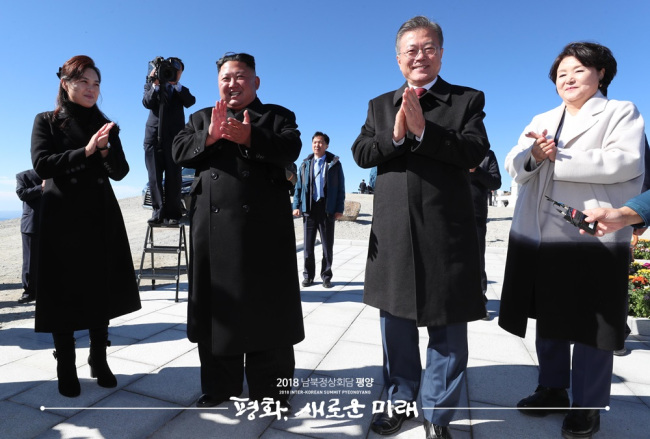 Accompanied by first ladies Kim Jung-sook and Ri Sol-ju, the leaders of the two Koreas took the hourlong car ride up to the sacred mountain’s peak, Changgun-bong, in separate vehicles. The four then took a cable car down to the famous crater lake, Chonji, and enjoyed a stroll together. 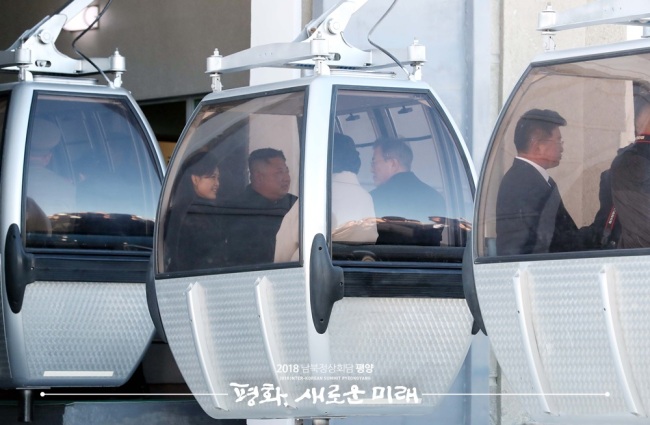 As the event ended, the leaders locked hands and raised arms with the first ladies standing beside them. 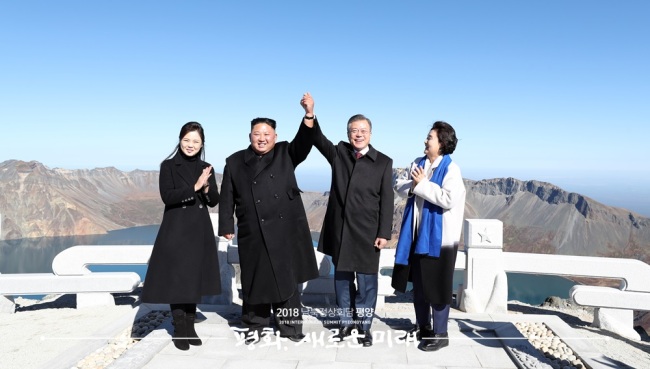 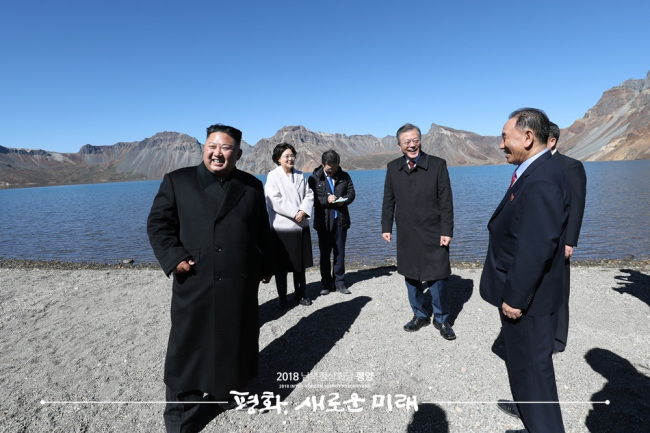 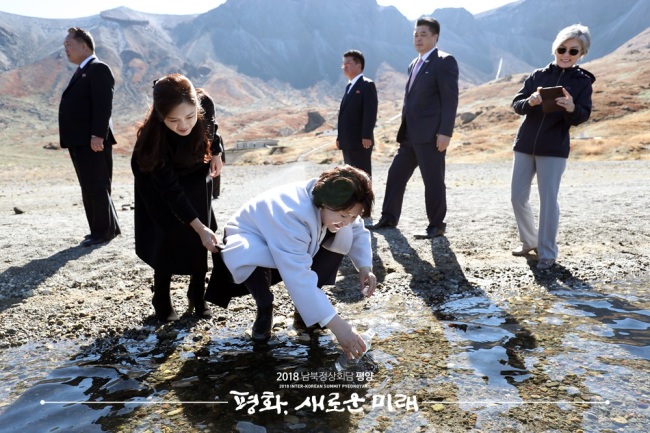 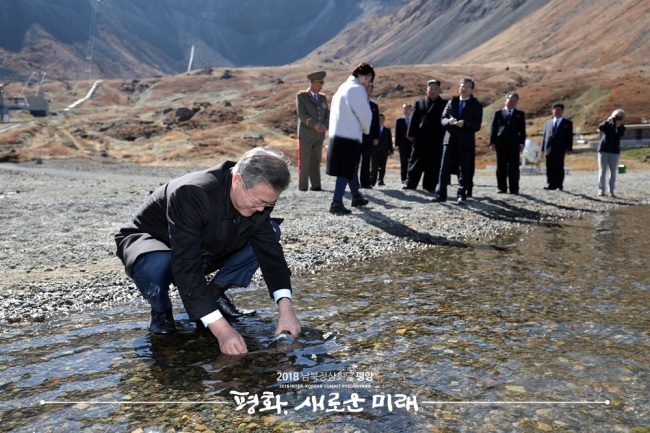 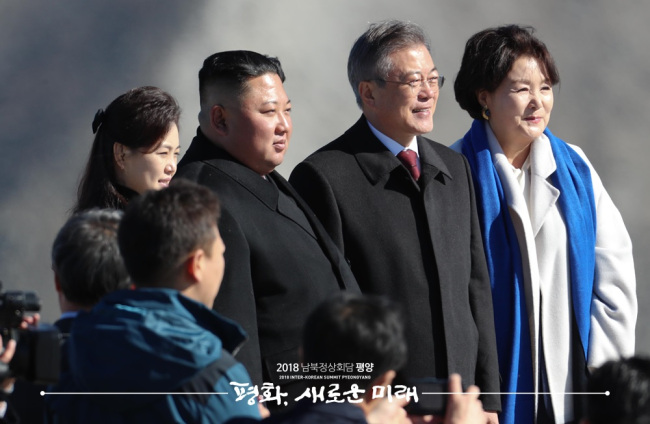