According to Cheong Wa Dae, the two leaders watched the Mass Games in late night at May Day Stadium in Pyongyang. The show lasted for about an hour and some 150,000 people packed the stadium. Moon delivered a short speech.

The massive show was on the theme of welcoming Moon and his meeting with Kim, the presidential office said. Moon is the first South Korean President to visit Pyongyang since 2007, when the late President Roh Moo-hyun held the second inter-Korean summit with Kim Jong-un’s father Kim Jong-il. 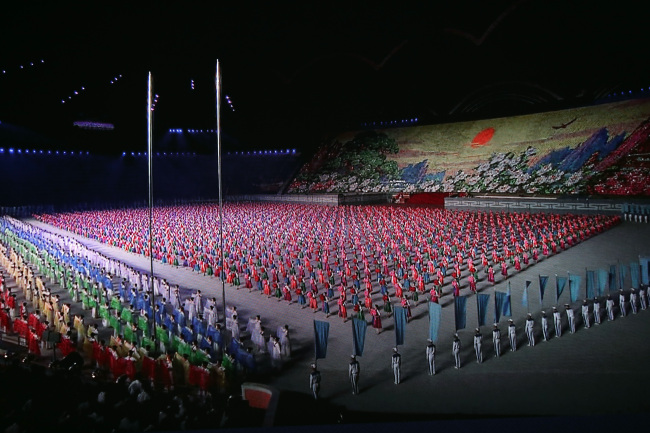 “North Korea has arranged the show for us. As far as I know, they have taken into account our positions,” Moon’s chief press secretary Yoon Young-chan told reporters in Seoul. “The show contains a theme welcoming our President.”

Often described as the “largest show on Earth” by the North Korean authorities, the Mass Games involves thousands of twirling gymnasts and dancers backed by an ever-changing display of iconic images of North Korea created by tens of thousands of colorful handheld cards. 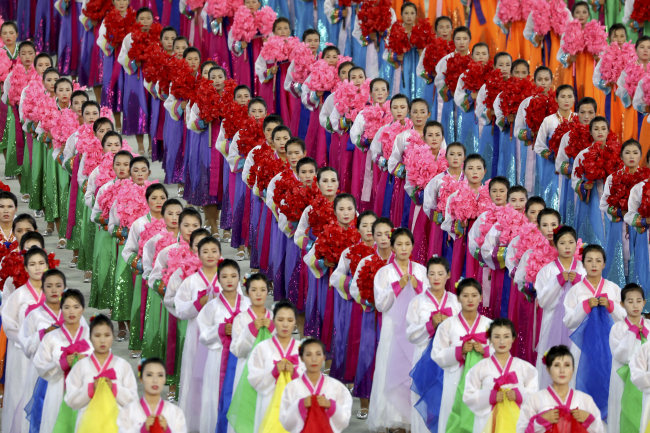 Over the past decades, the show had been mostly devoted to projecting propaganda images glorifying North Korea and its leaders. The purpose was to instill a sense of unity among the people inside the reclusive country.

There has been change in tone in this year’s production, however, as Kim pushes for inter-Korean detente. Instead of warmongering images of nuclear weapons and ballistic missiles, the Mass Games held on Sept. 9 showed scenes of Kim’s April summit with Moon.

The Sept. 9 performance, marking the 70th anniversary of the country’s foundation, attracted audiences from abroad who paid as much as 800 euros ($927) per ticket. 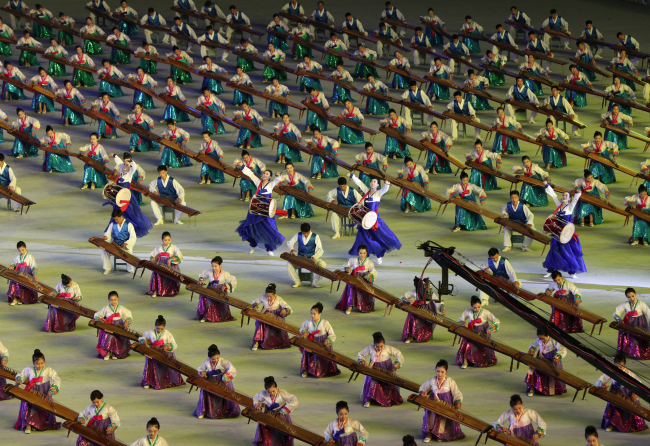 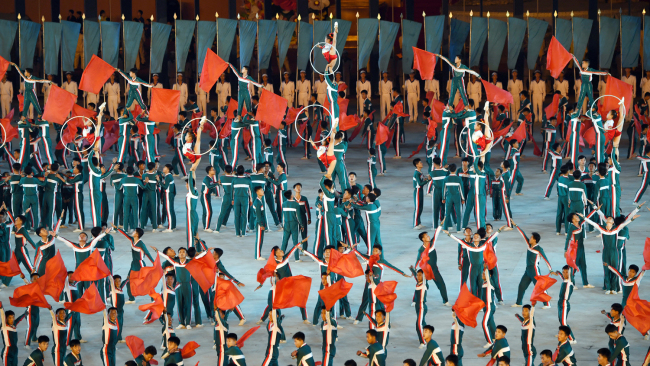 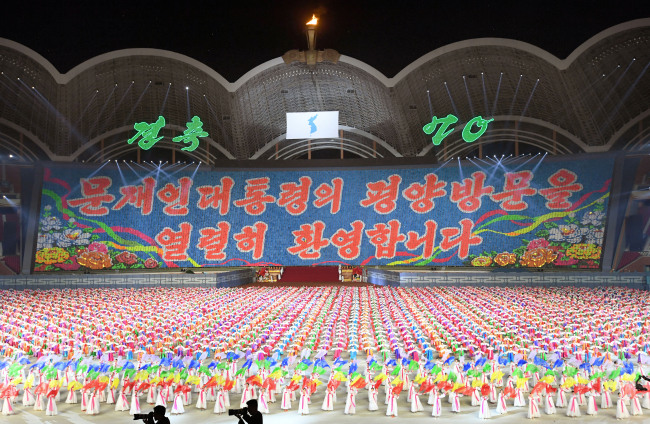 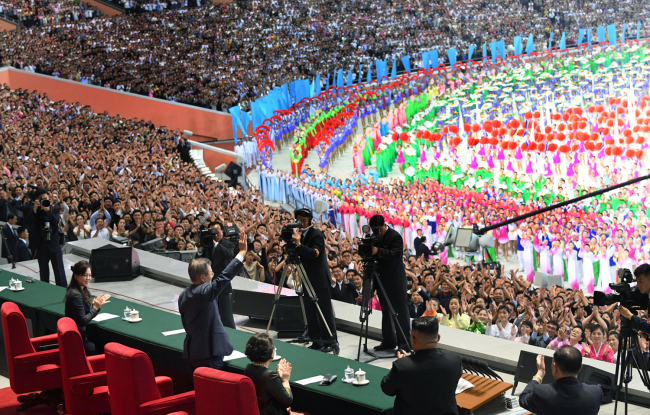