Residents of the central Korean city -- Yuseong-gu and Seo-gu, in particular -- were affected by the heavy downpour. The city had received 122 millimeters of rain as of 7 a.m. Tuesday, according to the Daejeon Korea Meteorological Administration. 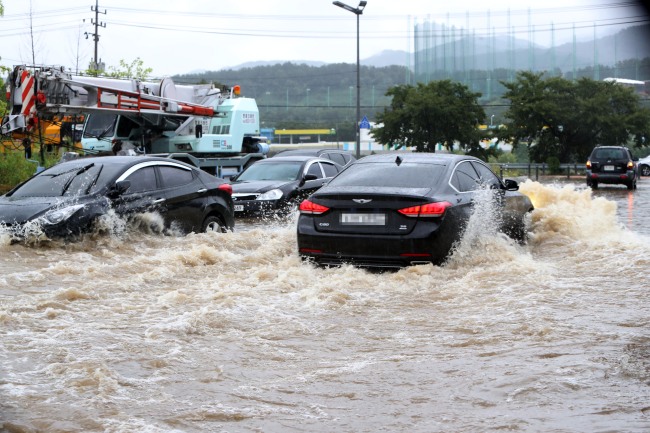 The regional weather agency issued a flash flood warning for the Gapcheon Basin as the water level reached 3.73 meters at 6:50 a.m. Tuesday.

Cars and buses were covered in muddy water. Flooded roads made it impossible for commuters to distinguish the sidewalk from the road, causing severe traffic congestion. Houses and businesses, such as cafes, had water coming inside. 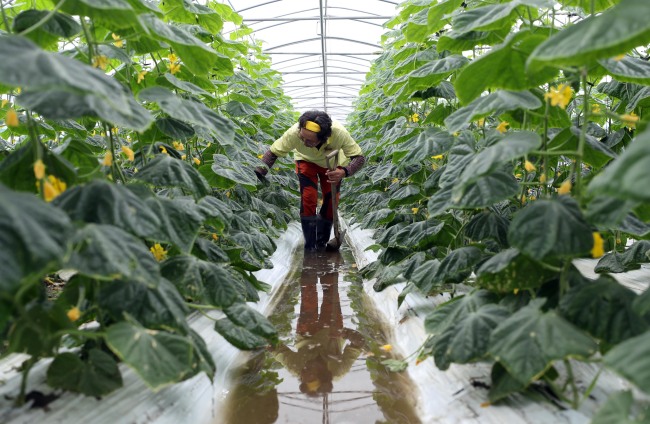 Farmers also took to their greenhouses, many of them overflowing with water, and expressed concern about crop damage. 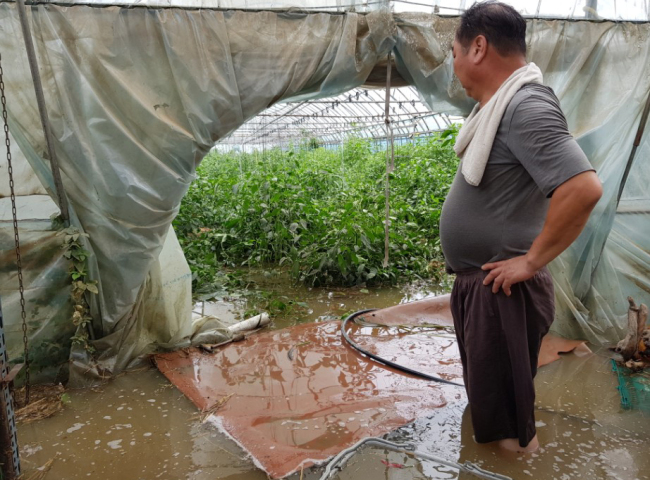 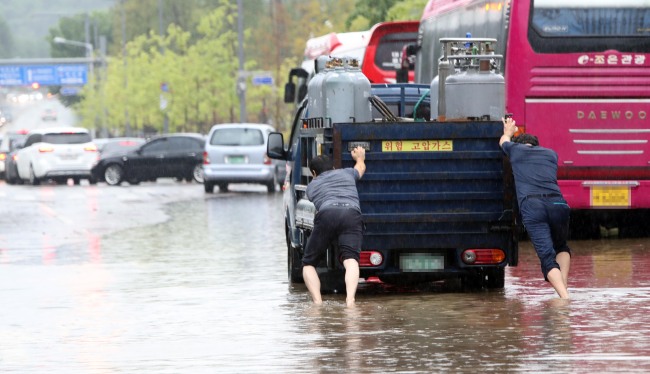 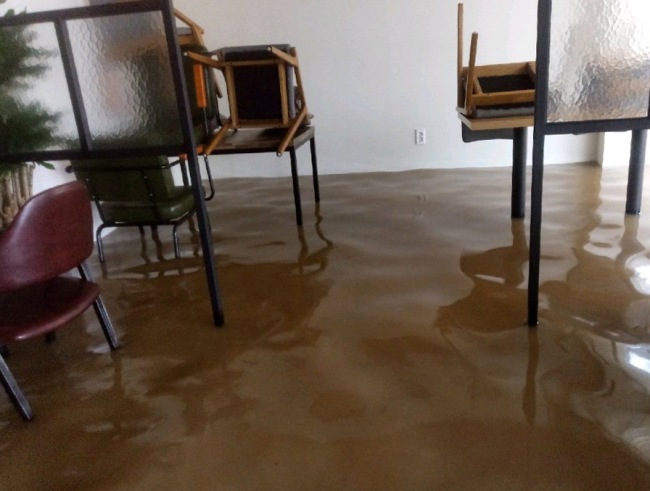 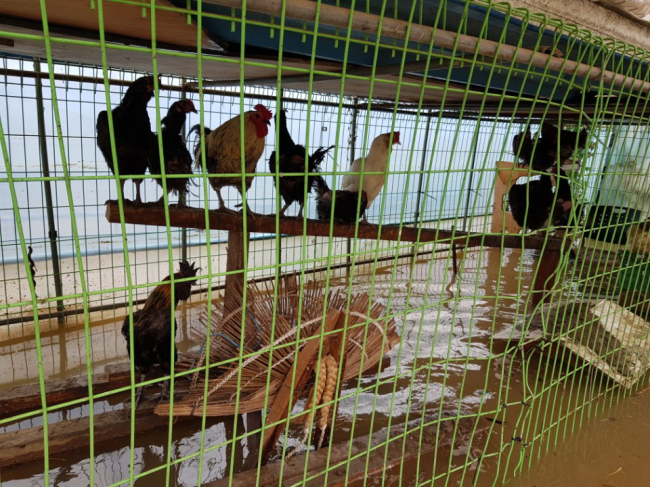 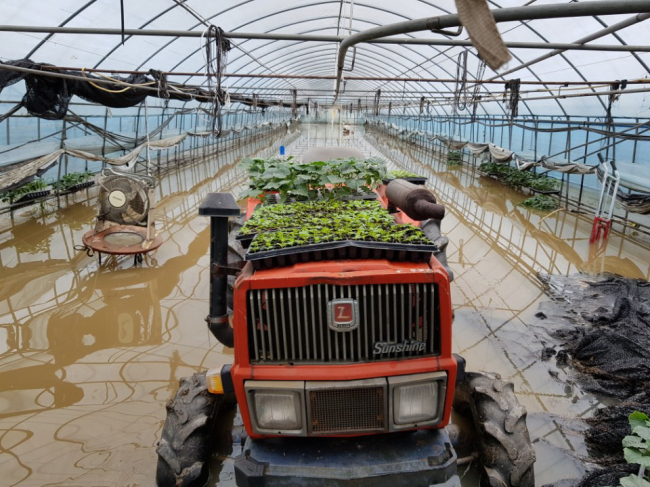