By Catherine Chung
Published : Aug 22, 2018 - 16:03       Updated : Aug 22, 2018 - 17:42
Unlike the first two days, on Wednesday -- the last day of the inter-Korean reunion event -- was filled with tears of sadness rather than joy. Hundreds of South and North Korean families were seen exchanging last-minute hugs and caressing each other’s hands.

During the lunch break, families took digital snaps of each other in a bid to remember and cherish the event. Some reportedly promised to see each other soon in the “near future,” exchanging phone numbers and addresses. 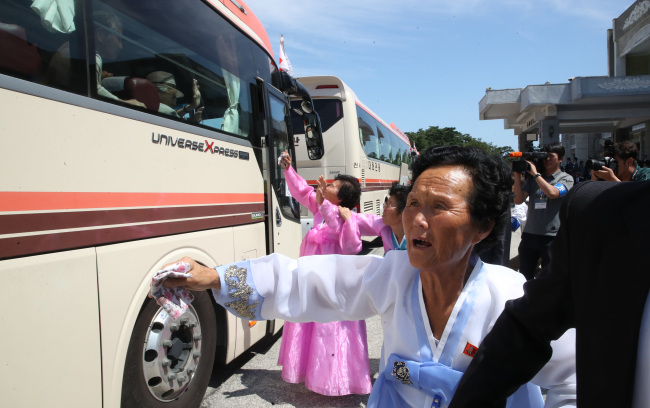 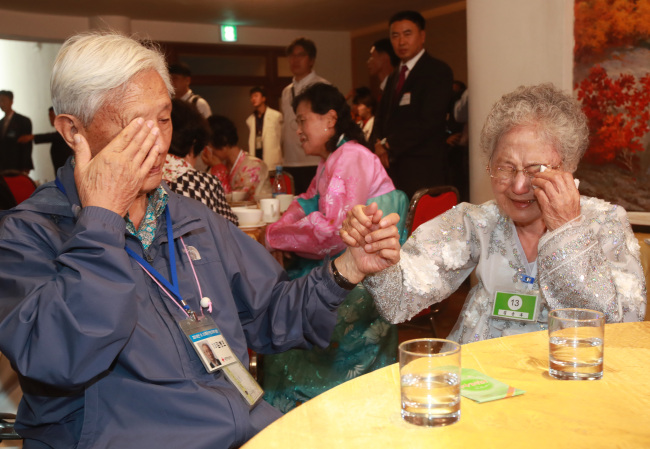 Eighty-nine elderly South Koreans left Kumgangsan at around 1:30 p.m. Wednesday, crossing over the heavily fortified border to the South in buses.

A second round of family reunions will take place over the weekend from Friday to Sunday with over 300 South Koreans and 83 North Koreans currently registered to take part. 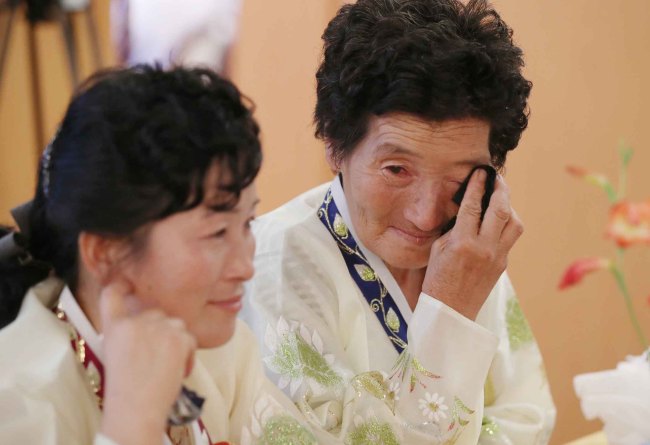 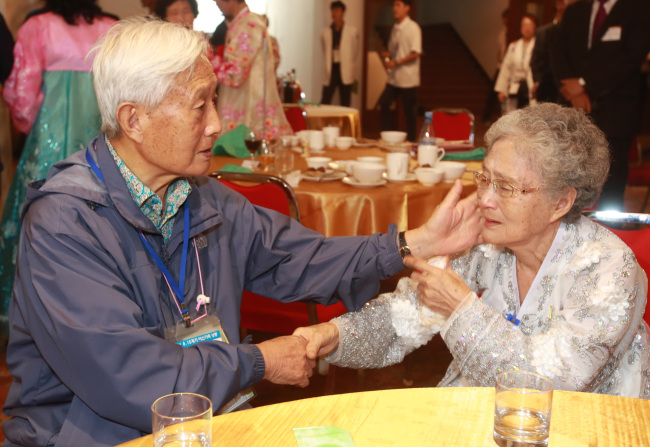 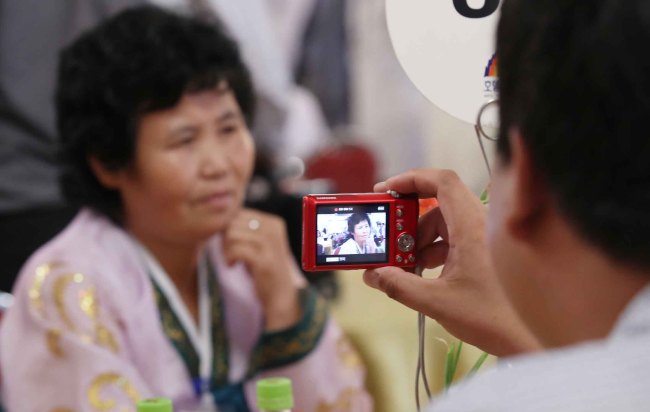 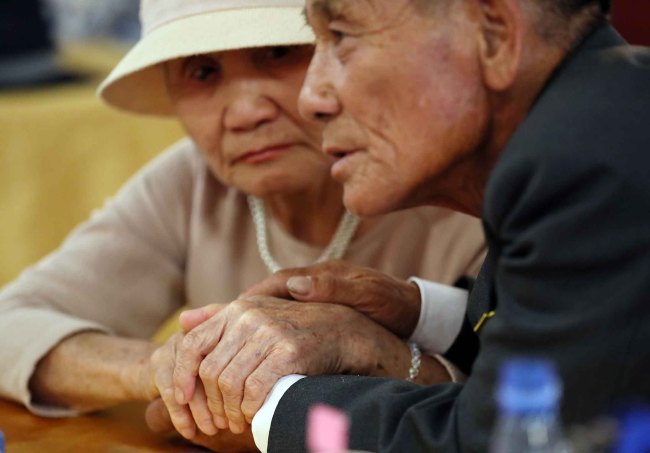 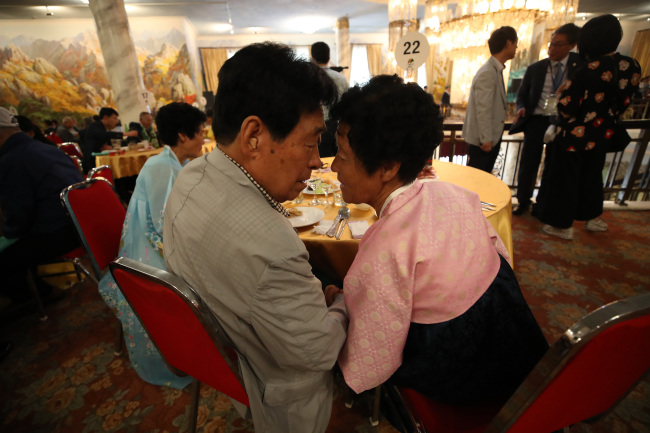 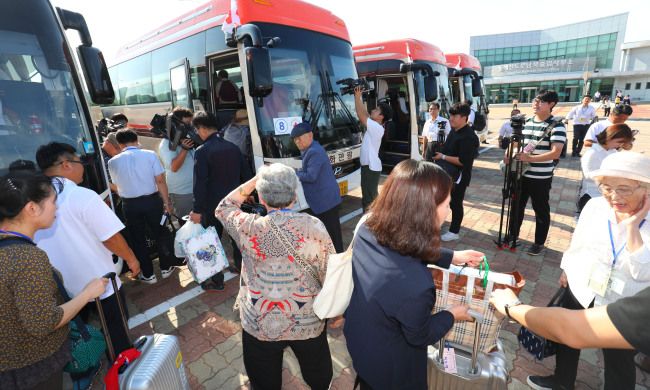