When an order comes in for a Caprese salad, Min kneads and stretches the curds and plaits them into an approximately 150-gram braid of uber-fresh mozzarella.

Sweet and tart “Daejeo” tomatoes are piled onto a plate with basil, balsamic glaze, a generous glug of extra virgin olive oil and a slice of toasted sourdough.

The crowning glory? Min’s plait of stretch-curd cheese, served perched over the tomatoes.

That first bite, where warm, silken strands of cheese meld with the pungent, slightly acidic tomatoes and fragrant basil, unveils a toothsome marriage of textures, temperatures and flavors. 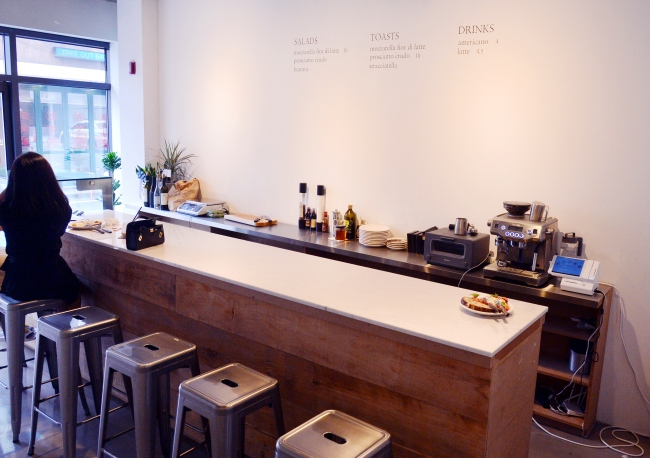 Something about the warmth of the uber-fresh, stretch-curd cheese, its pliable, slightly silken texture and its mild, creamy flavors are quite addictive, especially when amplified by sweet, tart tomatoes, rich olive oil and aromatic basil.

“Freshness is critical for fior di latte,” Min voiced his take on the cow’s milk version of the traditional Italian cheese, which he crafts at Slowwcheese.

“It was shocking,” he recalled.

For Min, the merits of uber-fresh mozzarella fior di latte is the texture, “because it is still warm, so you don’t want to cut it, so you get that sticky texture,” he explained, “those threads.”

He stretches the curds to order, because, in his opinion, mozzarella fior di latte tastes best when eaten no later than 10 minutes after it is made.

That is also why, when he serves Slowwcheese’s Caprese salad, Min recommends using the fork to shred the cheese into long strands.

Min started to dabble in cheese in 2011, when he was working as a veterinarian, traveling to Europe when he could, enjoying various cheeses and then making cheese himself.

Then about three to four years ago, he narrowed his focus, zooming in on mozzarella made from cow’s milk.

Then about a month ago, the onetime veterinarian soft-opened Slowwcheese -- a seven-seat “artisan mozzarella” shop -- in Cheongdam-dong before officially opening on Tuesday.

At the moment, there are two dishes on the menu, including Slowwcheese’s caprese salad, along with two coffee-based drinks. Customers can also get mozzarella fior di latte to go.

Does Min have plans to add any other dishes to his line-up?

Min is thinking about adding a smoked mozzarella fior di latte topped toast to the menu or a dish that features stracciatella, which he explained is made by combining shredded mozzarella with cream. 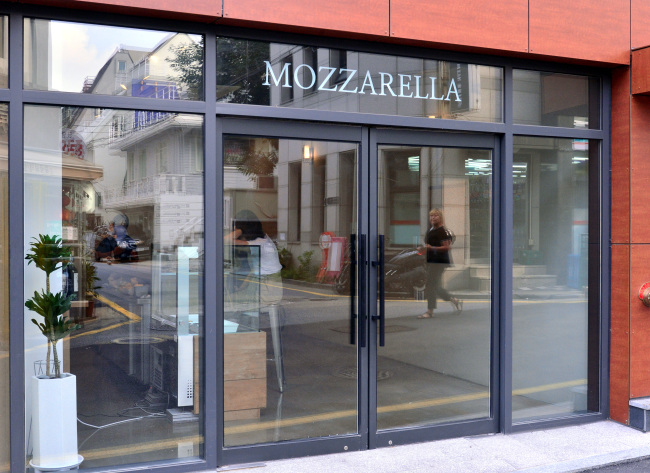